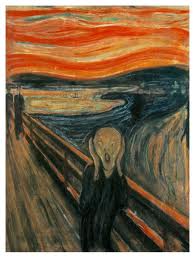 In the last 200 years the western culture has had a staggering increase in wealth and economic opportunity; however, there has not been an increase in level of happiness for many.

Even though many people have become richer than previous generations our anxiety levels have increased disproportionately.  One of the reasons we don’t feel happier even though we are far richer and prosperous than our ancestors is that we don’t understand the psychology of satisfaction.

When do we feel we have enough? Primarily, it is our comparison with other people that makes us feel prosperous and content with our lives.

Comparing our present status with those who were successful in the past does not satisfy our desire for more.  We only feel a sense of contentment when we compare ourselves with people who are similar to us: our friends, co-workers, or neighbors.

Unfortunately, we become resentful of others who are of equal status becoming more successful than us; we have little concern for whether famous people like Steve Jobs, or the Queen of England move further up the ladder of success.

However, the achievement of others who are equal to us instills a sense of humiliation; they remind us of what we don’t have or what we have not yet accomplished.

Though some people from humble backgrounds achieve financial wealth and independence, many people in America with low economic status for instance, view his or her condition and existence as a betrayal of their expectations.

Many of us do not want to admit that we are tormented when we view our lives in comparison to those who are of higher economic and social status–it does not add to our happiness.

We’re expected to succeed.  In addition, as we witness others who have achieved success, as we listen to their optimistic motivational speeches, view their videos, and read their literature, many of us tend to think of ourselves as “losers”  because we have not achieved as much, or we may believe we have not lived up to our full potential.

Though the rich and famous can be inspiring to us we can’t help but feel a sense of discouragement and anxiety for not having achieved equal success.  At times we can see life as a cruel joke. 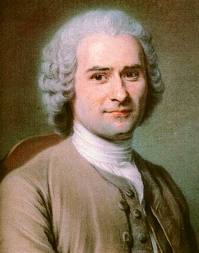 A famous philosopher, Jean-Jacques Rousseau, explained his concept of being wealthy.  He expressed that wealth is not just having money—wealth is having what we want–wealth is relative to desire.

According to Rousseau, there are two ways to make people richer; to give people more money or to hold back their desires.

As we increase our expectations to achieve more success we tamper with our self-esteem.

If we fail at achieving our success and don’t get what is expected of us we tend to feel less of ourselves—our self-esteem lowers to the point of despair and anxiety.

Are the poor people losers?  Did they bring their poverty onto themselves?

Some religions profess that our wealth is determined by a higher power.   Additionally, business leaders claim we own our destiny—it is our choice.  Others suggest that his or her failure or success is due to luck.

Consider the possibility that there might be more important things in life than status and success.  We might think about the difference between wealth and virtue—whether we are good human beings other than socially important.

Contemplate the chance that there is no connection between a person’s value and his or her worldly status.  We might also consider loving our neighbor, practicing humility and charity, and recognizing our dependence on a higher power.

Mother Teresa, Mahatma Gandhi, and Jesus Christ were not financially wealthy, yet their worldly status is unparalleled.

One’s economic status does not portray whether they are a success—one can be financially poor, but spiritually rich.

In our current age, worldly values have surpassed spiritual values for many people.

When we view our life as final and when we do not believe in a life hereafter, the pressure to succeed in our current life increases and can be unbearable.

If we believe that all we achieve in this life is all that we will ever become we become anxious and worried.

However, when we envision our life as a prelude of what will become of us in the afterlife the pressure for us to succeed and fulfill ourselves lessens.