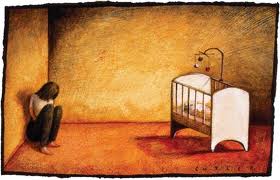 Violence accounts for over 1.6 million deaths per year, or 4,000 people per day.  According to the World Health Organization (WHO) it is a significant public health, human rights and human development problem.

More than 800 people die every day as a direct result of violent conflict: more than 30 deaths each hour.

Public health surveys around the world reveal that up to 69% of women reported being physically assaulted by their intimate male partner.

In countries like Australia, Canada, the United States of America, South Africa, and Israel, studies show that between 40-70% of female murder victims were killed by their boyfriends or husbands.

Violence against women is commonly performed by a husband or intimate male partner.  Intimate partner violence does not discriminate—women of a variety of social, economic, religious, or cultural groups prey victim to acts of physical aggression – such as slapping, kicking and beating.

They are also subject to psychological abuses consisting of perpetual belittling, humiliating, and intimidation.   For these, and many more reasons violence by intimate partners has become a significant public health problem.  In order to help resolve this major concern, communities, individuals, and many other sectors must join forces on a national and international level.

Women in many places in the world are at risk due to notions of male honour and female chastity.  For instance, in various parts of the Eastern Mediterranean, male honour can be judged by the sexual “purity” of women in his family.  If a woman is sexually “defiled”, voluntarily, or involuntarily she may be interpreted as having disgraced the family honour.

In Alexandria, Egypt, 47% of women who have been raped were killed by a relative.  In addition, over 80% of the women who live in rural areas of Egypt justify beatings citing refusing a man sex as the number one reason.

Various studies around the world provide a remarkable list of events that trigger partner violence.  Some of the triggers are the following:

In Ireland, 64% of abused women stated their children were witness to violence that occurred in the family on a routine basis; 50% of women in Monterrey, Mexico also substantiated this claim.

One can imagine the effects on children who witness marital violence; they are more susceptible to emotional and behavioral problems which include anxiety, depression, inadequate school performance, low self-esteem, nightmares and physical health problems.

In Leo’n, Nicaragua, researchers uncovered some astounding facts:  children before the age of 5 years were six times more likely to die if they were children of women who were physically and sexually abused by their partner.

As I stated earlier in this post and I believe worth repeating, violence accounts for over 1.6 million deaths per year or 4,000 people per day.  According to the World Health Organization (WHO) it is a significant public health, human rights and human development problem.

For those who care, we must empower women and girls, eliminate the community and societal norms that instill and condone violence to girls and women by reaching out to men, providing for the needs of victims, and increasing penalties for abusers.

The World Health Organization (WHO) and Center for Disease Control and Prevention (CDC) has more information on violence prevention, risk factors, and recommendation.

Local and city government’s public health offices may also provide the necessary information you need in getting support or providing assistance to those in need.