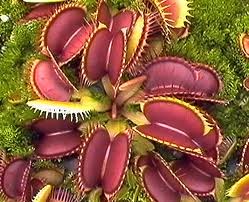 Violence is part of nature. We live in a world with violent storms, violent waters, violent winds, animals, reptiles, and humans.

Even plants act violently, like the Sundews and the carnivorous Venus fly trap.

With respect to human behavior, more than a million people lose their lives each year as a result of self-inflicted, interpersonal, or individual violence. Violence is among the leading causes of death for people ages 14 – 44 years, worldwide.

Unfortunately, violence is not only a choice; it is a sign of poor mental health. Studies indicate that about 450 million people around the world suffer from mental disorders: approximately one-fourth of the world’s population will develop a mental disorder sometime in his or her life.

Additionally, mental disorders are a leading cause of premature deaths in countries like Canada, United States, and Western Europe with 25 percent of the population mentally disabled.

From an early age, children are exposed to violence at home, in their environments, and in their schools.

Though the rate of violence in schools is declining and schools are relatively safe, violence still exists to the point where bullying, threats, and beatings causes trauma, not only for the victims, but also for those children who witness violent behavior.

Furthermore, both the victims and the witnesses become prone to anxiety, depression, and post-traumatic stress, self-destructive and aggressive behavior.

Early warning signs of children being exposed to violence are a history of violence, threats of violence, an obsessive interest in weapons, a significant amount of time talking about, collecting, and learning about weapons, a tendency to be isolated or the inability to get along with others, excessive anger, problems dealing with personal problems, alcohol and drug use, making violent drawings and writings, exhibiting impulsive behavior, and a poor attachment to school.

According to the New York Times, job losses and relationship breakups are the two most common predictors of rampage killings in 69 of 100 documented cases.

When high school students are exposed to violence both boys and girls turn to listening to music to help them cope.

Other coping strategies encompass talking to friends, joking, helping others, watching television, being by themselves, crying, and sleeping.

Some of the steps parents and teachers can use to help children cope are acting immediately if you feel the child is unsafe, call your doctor, contact the child’s teacher or counselor, be persistent, be patient, develop and use your social network and support system, and ask questions.

Additional ways to help curtail violence and assist children in helping them cope with violent behavior are to limit exposure to violence, focus on prevention, and support after school and mentoring programs.

Violence is an ongoing reality since the beginning of time. However, as more humans inhabit the earth at an exponential rate the need to curtail violence is crucial.

If you, or someone you know needs help with coping with violence, overcoming depression and anxiety, protection from violent behaviors, or advice many public health organizations and individuals are willing and capable of helping you.

The World Health Organization, Center for Disease Control and Prevention, state and local public health offices, doctors, counselors, and non-profit organizations are there at your disposal.

Call or email me for further assistance, use the Internet to find other sources for help and direction, talk to friends and family–there are people who do care about you. Reach out and ask for help if you feel the need.