Zika is expected to spread to all countries across North and South America, according to warnings from the World Health Organization (WHO).  In an attempt to put a stop to the virus outbreak, U.S. President Barack Obama urged scientists, researchers, and health professionals to develop tests, vaccines, and treatments to fight the mosquito-transmitted Zika virus.

Reuters reports President Obama was briefed on the potential spread of the virus by his top health and national security officials on Tuesday.

“The president emphasized the need to accelerate research efforts to make available better diagnostic tests, to develop vaccines and therapeutics, and to ensure that all Americans have information about the Zika virus and steps they can take to better protect themselves from infection.” 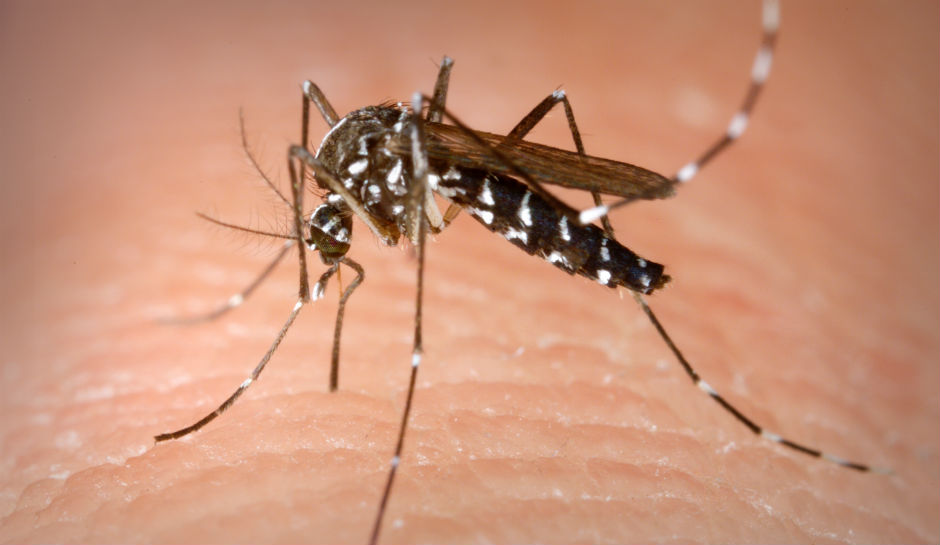 Zika is a mosquito-borne virus that is relatively new to North and South America.  The first case of the Zika virus was in Brazil.

According to a statement provided by the Pan American Health Organization (PAHO), since the first case reported in May 2015, the Zika virus has spread to 21 countries and territories of the Americas, as of 23 January 2016.

Many of the officials say a recent study estimates the virus could reach areas in the U.S. where 60 percent of the Americans live – exposing more than 200 million people to the risk of infection of this illness.

Why the Zika Virus is Spreading

There are two major reasons why the Zika virus is spreading across the continents so fast.

First, the population of North and South America has never been exposed to Zika.  Since people in this part of the world have not been exposed to the virus, their immune systems lack the means to defend against infection.

Secondly, Aedes mosquitoes are the main vector for transmitting the virus.  These mosquitoes are present in all parts of North and South America — excluding Canada and Chile.

PAHO provided their anticipation about the outbreak.

“PAHO anticipates that Zika virus will continue to spread and will likely reach all countries and territories of the region where Aedes mosquitoes are found.”

It’s clear to professionals and well documented that the Aedes mosquitoes are transmitting Zika.  What’s lacking is evidence about how the virus is being transmitted.

Zika has been found in human semen.  One case suggests that the virus may have been transmitted from person-to-person during sexual activity.  However, according to PAHO, more evidence is needed to confirm whether sexual contact is a means of Zika transmission.

Though limited, there is some evidence that Zika is transmitted from mother-to-child during pregnancy or childbirth.  More research is being done regarding perinatal transmission — the time before and after birth.  Researchers are also trying to understand how the virus affects babies.

U.S. health officials have increased their efforts to study the link between Zika virus infections and birth defects.

Preventing Exposure to the Zika Virus

There are a number of ways to help prevent the risk of getting the Zika virus.  For example, eliminating breeding areas for mosquitoes is one way to reduce the risk of exposure.

By removing objects around the house or buildings that contain or hold water — containers, discarded tires, and other items. — mosquitoes are unable to breed.  This helps to reduce the risk mosquito infestation.

Using personal protective measures also helps avoid mosquito bites.  In fact, according to the CDC, wearing insect repellent is completely safe — if directions are followed — and it is one of the best ways to prevent mosquito bites.

The Centers for Disease Control and Prevention (CDC) advises the use of insect repellent.

“When used as directed, insect repellent is the BEST way to protect yourself from mosquito bites — even children and pregnant women should protect themselves.  Higher percentages of active ingredient provide longer lasting protection.

To prevent or decrease the spread of Zika virus and reduce its impact, PAHO offers their recommendations:

“Mosquito populations should be reduced and controlled by eliminating breeding sites.  Containers that can hold even small amounts of water where mosquitoes can breed, such as buckets, flowerpots, or tires, should be emptied, cleaned, or covered to prevent mosquitoes from breeding in them.  This will also help to control dengue and chikungunya, which are also transmitted by Aedes mosquitoes.  Other measures include using larvicide to treat standing waters.”

“All people living in or visiting areas with Aedes mosquitoes should protect themselves from mosquito bites by using insect repellent; wearing clothes (preferably light-colored) that cover as much of the body as possible; using physical barriers such as screens, closed doors and windows; and sleeping under mosquito nets, especially during the day when Aedes mosquitoes are most active.

“Pregnant women should be especially careful to avoid mosquito bites.  Although Zika typically causes only mild symptoms, outbreaks in Brazil have coincided with a marked increase in microcephaly — or unusually small head size — in newborns.  Women planning to travel to areas where Zika is circulating should consult a healthcare provider before traveling and upon return.  Women who believe they have been exposed to Zika virus should consult with their healthcare provider for close monitoring of their pregnancy.”

Dr. Francis Collins, director of the National Institutes of Health, referred to a Lancet study published Jan. 14.  Researchers of the study predicted the Zika virus could spread in areas along the East and West Coasts of the United States.

During warmer months, the Midwest is expected to experience the spread of infections, as well.  More than 200 million people that live in these areas of the country are at risk.

The study also showed that 22.7 million more people live in humid parts of the country where mosquitoes carrying the virus could live year round.

The Threat of Microcephaly and Newborn Babies

Dr. Collins offered the following comment about the potential threat of Zika causing microcephaly in newborns.

“It is now critically important to confirm, through careful epidemiological and animal studies, whether or not a causal link exists between Zika virus infections in pregnant women and microcephaly in their newborn babies.”

Microcephaly causes babies to be born with abnormally small heads.  The CDC says microcephaly is a lifelong condition with no known cure.

The CDC advises pregnant women not to travel to countries and territories in Latin America and the Caribbean affected by Zika.  On Tuesday, the CDC added the Dominican Republic and U.S. Virgin Islands to the list of 24 countries with Zika virus cases.

Travel companies, including United Airlines, are offering refunds or allowing pregnant women to postpone trips to regions affected by the Zika virus.  The airline is not adding a penalty for the refunds.

In most cases, the illness from Zika is mild with symptoms lasting less than a week. There’s also a possible link between Zika virus infection in pregnant women and birth defects — though further investigation is needed.

The most common symptoms of the Zika virus illness are joint pain, vomiting, rash, headaches, fever, and red eyes.

Currently, there’s no vaccine or specific treatment for the disease. In some cases, hospitalization is necessary.  However, most treatment for the Zika virus consists of relieving symptoms — which includes medication, drinking fluids to prevent dehydration, and plenty of rest.