Child psychologists link ADHD medication to bullying, according to a recent study. This latest research shows that children, who have been diagnosed with attention deficit hyperactivity disorder, or ADHD, are more prone to be bullied and are more likely to be bullies.

The study published in the Journal of Pediatric Psychology, cites that teenagers who took ADHD medications like Adderall (amphetamine and dextroamphetamine) were likely to be bullied more than those with ADHD who did not take the drug were.

In fact, both were bullied more often than their peers according to this recent study led by Quyen Epstein-Ngo, Ph.D., a research assistant professor at the Institute for Research on Women and Gender at the University of Michigan.

According to Dr. Epstein-Ngo, the research systematically honed in on ADHD medication. The study became more interesting when students who had sold their medications, or have given it away in the previous year, were most likely to be the targets of bullying. According to the researchers, this suggests that bullying plays into an economy of recreational use of stimulant medications. 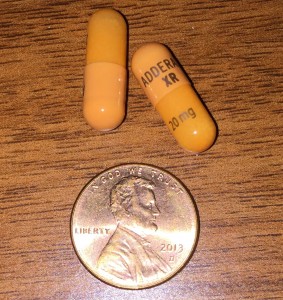 A pair of 20 mg Adderall XR capsules with a US penny to illustrate size. (Photo courtesy of Synesthezia.)

Nearly 5,000 students at five public schools were surveyed for the study. The results shows 1 in 5 who were taking medications reported being approached to sell or share the drugs.

In addition, half of those teens who were surveyed said that when they were approached, they ended up sharing or selling the medication.

Actually, sharing the medication was linked to increased amounts of bullying, not less. This suggests that these youths may become drug suppliers against their will.

Dr. Frances Turcotte-Benedict, MPH, an associate professor of pediatric emergency medicine at the Alpert Medical School of Brown University, says exploring how ADHD medication may influence bullying is a useful addition to understanding ADHD and its relation to bullying.

Dr. Turcotte-Benedict said, “We’ve never been able to separate, what is it about ADHD?”

“Answering some of those questions is the next step. Are kids being approached and coerced and bullied into giving their medication away, or is it that these kids with ADHD tend to be bigger risk takers, so are they getting themselves into situations where they’re more likely to be victimized?”

Most people may simply recommend that the solution to this problem is to reduce the number of children getting ADHD medication. However, in recent years, ADHD diagnoses have substantially increased. According to the American Academy of Pediatrics, ADHD mediation is safe when used properly and they benefit 80 percent of children diagnosed with the disorder.

Dr. Turcotte-Benedict said, “While we could make the argument that some kids are being overly medicated, there are kids who really need these drugs to function. These are still children, from a medical and pediatric standpoint. The parents need to take more of a role in controlling these substances.”

She added an additional comment concerning a parent’s or caregiver’s responsibility to a child.

“Even though they’re adolescents and we want to be teaching them responsibility, part of that is knowing when to make your leash a little bit shorter. We also see this with kids who are diabetic and don’t know how to manage their insulin.”

Suggestions For Parents and Caregivers

Dr. Turcotte-Benedict offered a suggestion to parents or caregivers of ADHD children. She said they should consider giving any medication that needs to be taken at school to the nurse so that children aren’t walking around with stimulants in their backpacks.

In addition, Dr. Epstein-Ngo wants to make it very clear that she doesn’t want her findings to be taken as support for an anti-medication stance, saying, “There is increased risk for these kids who are on prescription stimulants, but this is not a call to stop medication. It’s a call for more talking and more dialogue.” 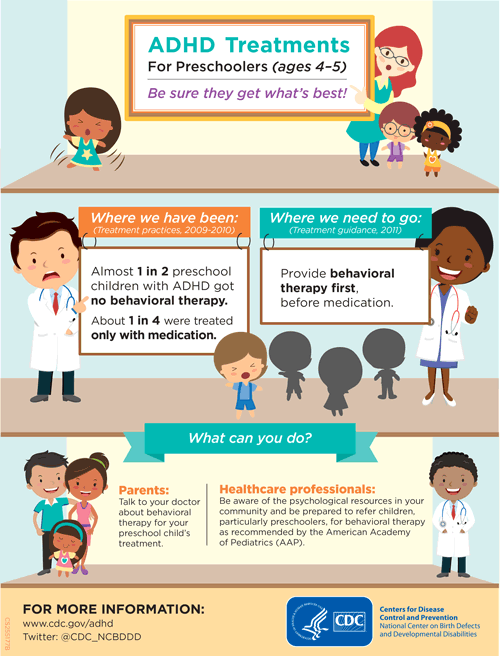 (Photo courtesy of U.S. Centers for Disease Control and Prevention.)

Young people with ADHD behave impulsively, and at time exhibit risky behavior, which may unintentionally put themselves in situations where bullies take advantage of them. Engaging in impulsive behavior can also include aggression.

Though no one cannot pinpoint exactly what’s behind the correlations of ADHD medication and bullying, this latest research points to stimulant medications prescribed for ADHD.

This latest study on ADHD medication titled, Diversion of ADHD Stimulants and Victimization Among Adolescents, is published in the Journal of Pediatric Psychology.