World Is ‘Vulnerable’ to Deadly Flu Pandemic in Next Decade

The Spanish Flu pandemic is possibly the deadliest outbreak of disease the world has ever seen since the Black Death of the 14th century.  No one is certain how it emerged.  Nevertheless, it was a devastating and deadly affliction on humanity

The 100-year anniversary of the Spanish Flu Pandemic is at hand.  This deadly disease materialized in January 1918 and circled the globe for two years. Within those two years, it killed between three to six percent of the world’s population — 50 to 100 million people. 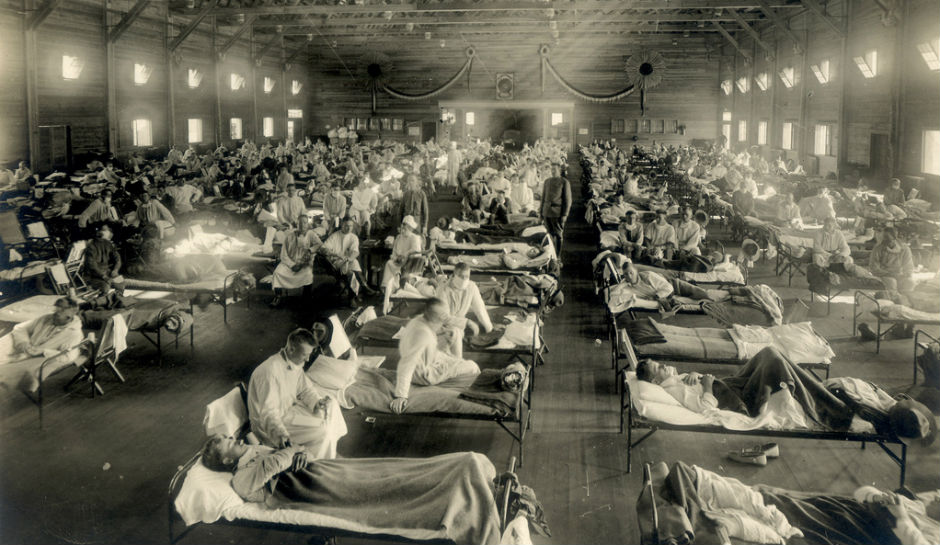 These deaths were far more than the 17 million killed in World War I, which ended in November of 1918 after four years of mass and horrific human slaughter.

In the last century, smaller flu pandemics have erupted.  Fortunately, these less significant flu pandemics resulted in few fatalities.  But doctors say it is only a matter of time when — and not if — we will be challenged with the daunting and overwhelming task of confronting another flu pandemic — similar to the Spanish Flu Pandemic of 1918.

Chances are in the expected outbreak, your odds of death would be a little less than a hundred years ago.  But that’s assuming the disease was equally deadly.  In that case, maybe one to three people in a hundred could die from the deadly disease.

However, if a disease is more powerful than the Spanish Flu, the number of fatalities could rise. The world’s deadliest diseases have lethality rates that go above ninety percent.  These types of diseases are called “slate wipers” because they can literally wipe humanity clean off the planet.

As the global population grows and becomes denser, the chances of mutated flu strains developing deadly mutations increases, as well.  Eventually, a new strain of the flu can take root in a population and start spreading.

The early stages of the disease might be indistinguishable from a cold.  Victims may spread the germs though travel. And many victims of this disease will die.  Early detection, quarantine, and the rapid development of a treatment program and vaccine will be crucial. But, unfortunately, there will be difficulties and barriers to overcome.

Response plans need to be developed.  But what will happen when people choose not to participate? What happens to people who refuse to vaccinate their children?

There’s little doubt — we need to improve our systems. We need to be able to recognize the disease quickly and minimize, or stop its spread while developing a cure.  The first step to accomplishing this is to be aware that such an outbreak will occur again, and developing successful response plans now to deal with it.

The Ebola outbreaks in 2014 showed how fast a disease could spread through a population — especially one that is ill prepared to deal with it.