According to a new research study, Australia’s Ross River virus may be the next mosquito-borne global epidemic.

A recent study shows that the virus may have been moving silently in the South Pacific. 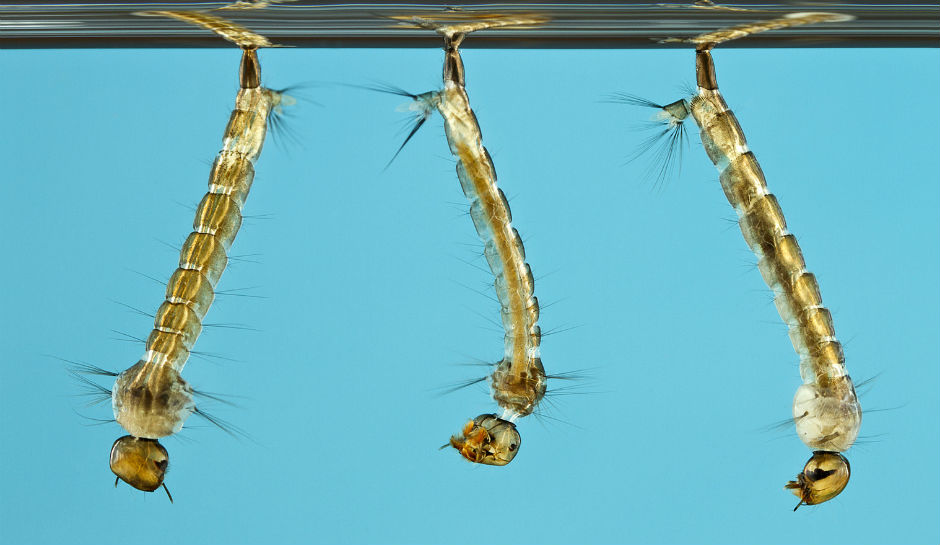 The larvae of Aedes notoscriptus, which carries the Barmah Forest and Ross River viruses. Photo courtesy of Stephen Doggett of The Conversation.

An epidemic of Ross River virus occurred in the South Pacific in 1979–1980.  More than 500,000 cases were reported.  Thoughts are that an infected Australian tourist who travelled to Fiji intiated the spread of the Ross River virus.

For years, the virus has been thought to be restricted mainly to Papua New Guinea and Australia. Marsupial animals — specifically kangaroos and wallabies — harbor the Ross River virus.  Then the virus spreads by mosquitoes.

One of the new research project leaders, Professor Phil Weinstein, Professorial Research Fellow with the University of Adelaide’s School of Biological Sciences, explains more about the makings of this virus.

“Ross River virus (RRV) is found naturally in Australia, where it was circulating in kangaroos and wallabies long before the arrival of the first Australians over 40,000 years ago.  When humans arrived — first Aboriginal Australians and then Europeans — they were bitten by the same mosquitoes and became infected. They had all of the sore joints, fever, rash, and fatigue that we associate with the disease today. Although RRV has never killed anyone, it can be extremely debilitating for several months, and up to years in a few unlucky individuals.”

According to researchers, the 1979 epidemic in the Pacific Islands Countries and Territories was the first time that Ross River Virus had “escaped” from its marsupial reservoir.

Initially, experts thought that without marsupials, the epidemic would burn itself out the following year.  But — they were wrong in their assumption.

Virus Could “Take Off Globally”

Dr. Colleen Lau, NHMRC Research Fellow in ANU’s College of Medicine, Biology and Environment, shares her comments on their findings.

“We were surprised to find that of those who were born after the 1979-80 epidemic and had lived in American Samoa their whole lives, a massive 63 percent had antibodies to Ross River virus, strongly suggesting local transmission of the virus after 1980.”

Dr. Lau explained that the first clues about local transmission in the Pacific Islands came when recent tourism from Canada and New Zealand to the South Pacific — but not Australia — were diagnosed with the Ross River virus when they returned home.

Victoria’s, The Age, reports Victorians suspected to have been struck by the Ross River virus has jumped by another 231 people in the past week.

“The number of notifications since January 1, which includes confirmed and suspected cases pending the outcome of tests, has increased from 1012 last week to 1243, the Health Department has reported.”

Marsupials do not exist in American Samoa.  Scientists conclude that the virus was able to circulate in local mammals rather than marsupials.  And if Ross River virus can circulate in non-marsupials in the South Pacific, then it can find a home anywhere else in the world.

“With the large number of Australians now travelling, it would not be unreasonable to expect one or more tourists to carry Ross River virus overseas to seed a new epidemic. With the right conditions, this could take off globally in exactly the same way that Zika did.”

This new study titled, “New evidence for endemic circulation of Ross River virus in the Pacific Islands and the potential for emergence,” is published in the February issue of the International Journal of Infectious Diseases.

Featured image courtesy of Steve Doggett via The Conversation.com | Cropped and Resized | CC-BY-SA-2.0