Norovirus is an extremely contagious, painful, and deadly virus.  In fact, it’s the most common cause of foodborne disease outbreaks in the United States.  According to the U.S. National Institute of Allergy and Infectious Diseases, anyone can become painfully sick from norovirus.

Norovirus causes inflammation of the stomach and intestines, which leads to headaches, vomiting, and diarrhea.  In some cases, dehydration, fever, fatigue, nausea, and stomach cramps may occur.  The technical term for this unpleasant discomfort is acute gastroenteritis.

Though rare — an infected person could die if his or her symptoms are not properly treated.

There are many types of this highly-contagious disease — and a person can get dangerously sick from this viral infection more than once in his or her lifetime. 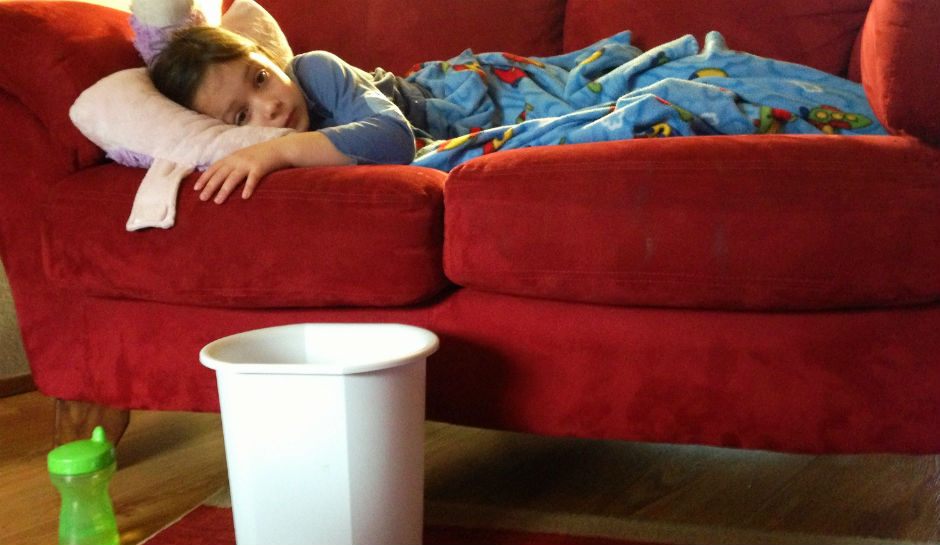 Norovirus Has a Variety of Names

Norovirus has more than one name.  Some call it the “Norwalk like virus.”  It was given this name because of an outbreak that occurred in Norwalk, Ohio in 1968.

People sometimes say they have “food poisoning” — unaware that they may be infected with norovirus.

People also have the tendency to say they have the “stomach bug,” or “stomach flu” when they experience the symptoms of norovirus.  But, norovirus illness is not related to the flu, or influenza.  Though they share a few of the same symptoms, the flu is a respiratory illness caused by influenza virus.  On the other hand, norovirus is a viral infection.

Still, others refer to this virus as the “cruise ship virus,” since many outbreaks occur and quickly spread in closed spaces, like cruise ships, daycare centers, nursing homes, and schools.

In the United Kingdom, (where the virus is very prevalent), the norovirus is sometimes referred to as the “winter vomiting bug,” because the majority of outbreaks occur in the U.S. and the U.K., between November and April – the winter months.

Transmission of this Foodborne Disease

People are most contagious when they’re sick with the virus.  They remain contagious a few days after they recover from their illness.

A person can become infected with norovirus when they accidently get vomit or feces particles from an infected person in their mouth.  This can easily happen by drinking liquids, or eating food contaminated with the virus.

People also become infected by direct contact.  For example, touching an infected person while caring for them.

Sharing eating utensils, cups, or food with someone who is infected is another way the virus spreads.

Infections for people also occur when they touch objects contaminated with norovirus — like counter tops and doors knobs – and then put their fingers in their mouth.

The CDC reports about 50 percent of all outbreaks of food-related illness are caused by norovirus.  Food can be contaminated with norovirus at any point when it is being grown, shipped, handled, or prepared.

Foods commonly involved in outbreaks of norovirus illness are the following:

But, any food that is served raw, or handled after being cooked, can be contaminated.

Treatment of the Disease

At this time, a specific type of medicine to treat people with a norovirus infection does not exist.  Norovirus cannot be treated with antibiotics because it is a viral infection – not a bacterial infection.

Avoiding dehydration is important because it can lead to serious problems.  Severe dehydration may require an infected individual to become hospitalized.  He or she may need to be treated to replenish fluids, which most likely will require intravenous or IV fluids through his or her veins.

A physician or healthcare provider should be contacted if dehydration is suspected.

This short video explains what norovirus is, how it spreads, groups that are at high risk for severe disease, and how to prevent it.

Prevention is the Key

The following are a few ways to prevent getting norovirus and protect others, as well.

Because bacteria are everywhere, cleanliness is a major factor in preventing foodborne illness like norovirus.