How Is the Environment Changing?

How is the environment changing?  Many scientists believe the most important environmental issue of our time is anthropogenic (human-caused) global climate change.

Climatologist Wallace Broeker stated the “climate is an angry beast, and we are poking it with sticks.”  We assume our climate is stable but our actions may be stirring it to dramatic and sudden changes.

Throughout the centuries, we know the climate shifts somewhat; however, we usually suspect very little changes during our lifetime. 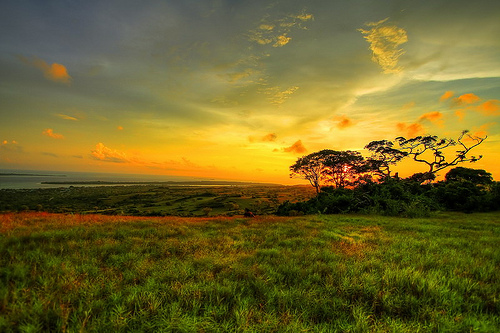 Is Our Environment Changing?

Thoughts on whether humans might alter the world climate is not a new concept.  In 1859, John Tyndall described the greenhouse effect when he measured the infrared absorption of a variety of gases.

In addition, in 1895, the Nobel Prize winner for his work in chemistry, Svante Arrhenius, predicted that global warming could be caused from releases of carbon dioxide from burning coal.

Earth’s climate is very complex.  Climate scientists around the world collaborated in collecting and sharing data in order to make models that describe how our climate system works.  The Intergovernmental Panel on Climate Change (IPCC) is a collaboration of governments from 130 countries.  Their goal is to review scientific evidence on the causes and effects of human-caused climate change.

Evidence That Our Environment Is Changing

The following are observed effects and expectations:

Why Are There Disputes Over Climate Evidence?

There are disputes pertaining to climate change evidence, issues, and concerns.

Part of the reason people dispute that our environment is changing due to human activity is the lack of information.

People also feel threatened when forced to make changes — we tend to dispute it or ignore it rather than acknowledge it.

Another reason is that most people tend to look at one or two major events, like especially cold or snowy winters in their local area, rather than how scientists observe trends in data.

Television commentators, newspapers, and talk radio sell more and get a larger audience by broadcasting colorful opinions from those who oppose and dispute climate change.

These elements are basic ingredients that make up planet Earth.

Take a moment to admire the magnificent spectacle of our stunning home planet from the perspective of space.

Find Out What You Can Do

Allocate a little time for yourself to read material, view photos and videos; visit websites that provide facts and evidence that the environment is changing.

Find out what you can do to help sustain our changing environment.