Violence in a Relationship 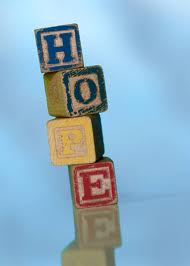 Violence in a relationship is referred as relational violence.  This type of violence typically occurs between two people who know each other, such as a child and parent, spouses, partners, or friends.

There are additional types of violence that people are faced with through the course of their lives.

Though violence is prevalent in many parts of the world, very few people are born to be violent.

Research shows that close to three percent of the population will eventually grow up to be violent.  Those who fall into this small percentage are more likely to have a permutation of genes, chemicals, hormones, and brain structure that makes them more inclined to become violent.

They are people like Ted Bundy, Ed Gein, and Dennis Rader, to name a few.

They have antisocial personalities and are aggressive by nature.  These individuals do not know any other way of behaving.  They also do not seek out alternatives to their violent and aggressive ways.

Many of these types of individuals report they behave impulsively and are unable to control their urge or impulse to hurt others or commit a crime.

Nonetheless, the ninety-seven percent of remaining people are, in effect socialized over time to act in an aggressive or violent manner.  However, most of us do not.

Are We Born to Be Violent?

Typically, we grow up observing others behave with aggression without suffering any consequences.

Over time, we’ve learned that behaving aggressively is a way to control and influence others and to get what we want or to get our way.

We are socialized that it is necessary to be aggressive and assertive to get ahead in life or to be successful.

In essence, violence is a learned behavior.

We learn from what we observe at home, on the Internet, in the media, at school, and at work.

Violence may occur because of factors related to events and situations, for a number of people.

Conditions related to situational violence are extreme hot weather conditions, road rage, or due to the frustration of delayed or interrupted plans.

An additional example of situational violence is individuals under the influence of alcohol or drugs.

A situational act is normally not planned or premeditated and they occur when circumstances of a situation stir up an individual’s impulsive anger and cause them to react aggressively, or in some cases, violently.

Violence that is situational in nature is estimated to account for 25 percent of violence among children and adolescents.

Violence In a Relationship

On the other hand, relational violence is a form of violent behavior as when children witness domestic, dating, and sibling violence in their homes.

An individual with violence in their relationship, like spousal, domestic, or other violent behavior between two people who know each other, is another form of relational violence.

Violence in a relationship accounts for one-fourth of all types of violence among adolescents and children.

Predatory violence is a third type of violence and accounts for about five to eight percent of acts of violence.  Muggings, robbery, assaults, and gang-related violence falls into this category.

Predatory violence is generally committed to take something or hurt someone; it is intentional.

It is also part of a pattern of antisocial behavior or serious conduct-disordered behavior.  Close to one in five adolescents report they have committed at least one act of violence of the predatory nature.

Theories also suggest that eight percent of our population accounts for 80-90 percent of all severe problem behavior.  In addition, it exists in most schools and institutions.

Most Extreme Type of Violence

Finally, psychopathological violence is another type of violence.

It is probably related to severe psychological trauma, brain injury, or neurological deficits and is the most extreme type of violence.

It is also related to mental illness, such as schizophrenia, or borderline or antisocial personality disorder.

Psychiatric medication is used to treat individuals with these disorders.

Additionally, individuals may be incarcerated or institutionalized.  It is the rarest form of violence and accounts for one percent of all violent behavior.