Asthma and antiasthmatic drugs increase the risk for abdominal aortic aneurysms, according to a recent study. Older men — who are obese, smokers, with emphysema, high blood pressure and cholesterol — are at a much greater risk of having this silent, life-threatening condition.

This large case-control study was led by Dr. Guo-Ping Shi, Associate Professor of Medicine at Harvard Medical School and Biochemist of Women’s Hospital of Brigham.  Dr. Shi and his team of researchers identified that allergic asthma and antiasthmatic medication is significantly linked to the rupture of abdominal aortic aneurysms. 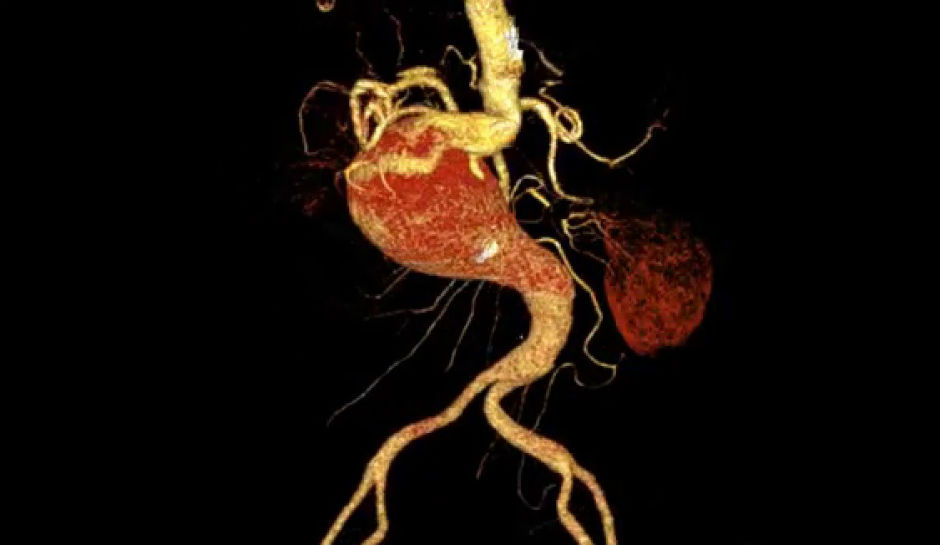 An abdominal aortic aneurysm is an enlarged area in the lower part of the heart’s aorta — the major blood vessel that supplies the body’s blood.  The aorta is about the thickness of a garden hose.  It runs from the heart through the center of the chest and abdomen.  Since the aorta is the body’s primary blood supplier, a ruptured abdominal aortic aneurysm (AAA) can cause life-threatening bleeding.

On February 11, Dr. Guo-Ping Shi and his colleagues published the results of their research titled, “Asthma Associates with Human Abdominal Aortic Aneurysm and Rupture” in the American Heart Association journal Arteriosclerosis, Thrombosis, and Vascular Biology.

The team of researchers initially showed a link between asthma and abdominal aortic aneurysm in new laboratory studies with mice.  The experiment included stimulating allergic airway inflammation in test mice, which caused “a doubling in the size of experimental AAA.”

Dr. Shi and his colleagues initiated their study on human patients after analyzing data from the nationwide Danish National Registry of Patients.  They found that asthma medication — including bronchodilators — increased the risk of having an abdominal aortic aneurysm.  The risk was 45 percent greater for men age 65 to 74.

In addition, asthma patients more than 50 years-old are at double the risk for abdominal aortic aneurysm — and sudden death from a ruptured aneurysm.

Dr. Shi told MedPage Today that inflammation — specifically the inflammation-related protein immunoglobulin E, or IgE — might explain the link between asthma and abdominal aortic aneurysms.  The human body makes IgE as a response to substances that cause allergic reactions.  This protein stiffens the arteries, which could result in an aneurysm.

Dr. Shi offered the following brief comment about their investigation and findings.

“People with abdominal aortic aneurysm who were diagnosed with asthma within the past year had more than a 50 percent greater risk of ruptured aneurysms than those without asthma.”

Dr. Shi added the need for follow-ups and screening — since screening for abdominal aortic aneurysm is not routinely performed in the United States.

Older men with emphysema, high blood pressure, and cholesterol are at greater risk of having an abdominal aortic aneurysm.  Additionally, senior men who are obese and smoke are at increased risk, as well.  This condition is life-threatening.  The risk was much lower among women.

However, Dr. Shi added that their study only shows an association — or link — between asthma, aneurysm, and rupture.  The findings do not prove that asthma causes aneurysm, or the rupture of an aneurysm.

Briefly, the study revealed the following:

The main limitation of this study noted by the researchers was a lack of information on smoking history and current smoking in the Danish National Registry group.  However, smoking is a well-recognized risk factor for abdominal aortic aneurysm.

Despite the noted limitation of this latest study, the team of scientists and researchers concluded that their observed findings, “…established a new link between the allergic asthma and abdominal aortic aneurysm.”