Albert Einstein – His Daily Duty of Choosing Kindness Over Fear

Albert Einstein is one of the most well-known and recognized scientists of the 20th century.  Einstein’s discoveries and theories have overwhelmingly affected the way people understand and view the world — and their place in it.

But Albert Einstein was also a humanist and philosopher.  He was enthusiastically concerned and interested about human relations and world affairs. 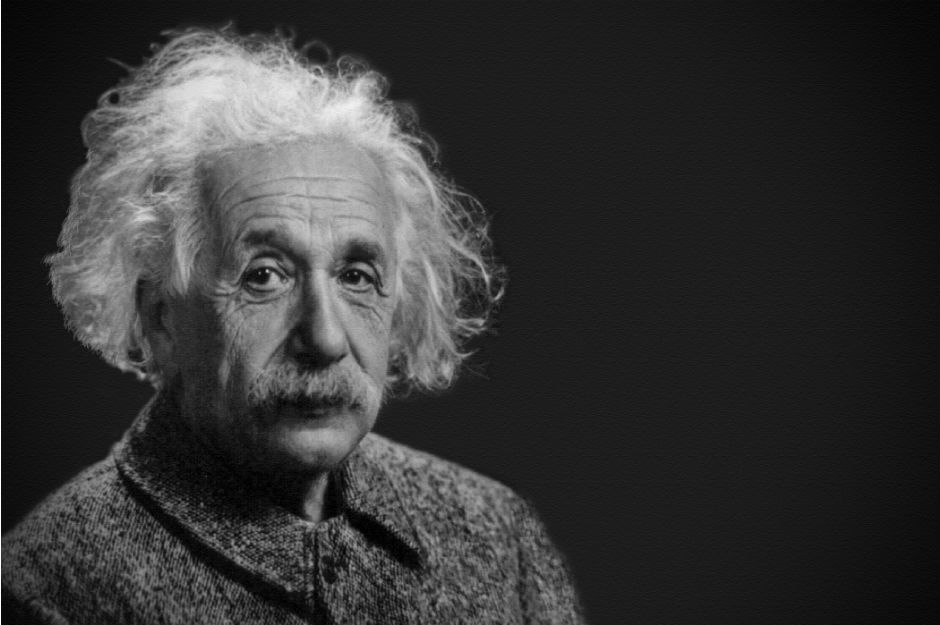 The idea of human kinship and fellowship wasn’t a simple ideological notion for Albert Einstein.  He lived through two World Wars and witnessed humanity at its worst.

Yet, he was steadfast in his faith in the nobility of the human spirit — or, rather, its potential for dignity and goodness.

In 1930, Albert Einstein wrote an autobiographical piece titled “The World as I See It.”  The magazine Forum and Century, published Einstein’s writing — and later he included it in his book.

He devoted much of his life to “widening our circles of compassion.”  He was a strong advocate for improving human conditions concerning racial injustice.

He encouraged women to pursue science.  And he corresponded with Mohandas Karamchand Gandhi — the leader of the Indian independence movement against British rule — about peace and providing a solution to violence.

“In politics not only are leaders lacking, but the independence of spirit and the sense of justice of the citizen have to a great extent declined. The democratic, parliamentarian regime, which is based on such independence, has in many places been shaken; dictatorships have sprung up and are tolerated, because men’s sense of the dignity and the rights of the individual is no longer strong enough. In two weeks the sheep-like masses of any country can be worked up by the newspapers into such a state of excited fury that men are prepared to put on uniforms and kill and be killed, for the sake of the sordid ends of a few interested parties.”

One year before Albert Einstein died; the Chicago Decalogue Society gave him a human rights award.  Upon receiving the distinguished award, Einstein gave a superlative acceptance speech for human rights — which is also included in his book, “Ideas and Opinions.”

He began his speech with a reminder that questions of meaning and moral values are entirely human-made.

Here’s an excerpt of Einstein’s speech:

“The existence and validity of human rights are not written in the stars. The ideals concerning the conduct of men toward each other and the desirable structure of the community have been conceived and taught by enlightened individuals in the course of history. Those ideals and convictions which resulted from historical experience, from the craving for beauty and harmony, have been readily accepted in theory by man — and at all times, have been trampled upon by the same people under the pressure of their animal instincts. A large part of history is therefore replete with the struggle for those human rights, an eternal struggle in which a final victory can never be won. But to tire in that struggle would mean the ruin of society.”

Einstein on the “Meaning of Life”

Einstein often reflected on the “meaning of life.” Einstein would explain his religious views by saying he believed there was an “old one” who was the ultimate lawgiver.

He wrote that he did not believe in a personal God that intervened in human affairs.  Instead, he believed in the God of the 17th-century Dutch Jewish philosopher Benedict de Spinoza — the God of harmony and beauty.

Albert Einstein understood that his duty was to formulate a master theory that would allow him to “read the mind of God.”

“I’m not an atheist and I don’t think I can call myself a pantheist. We are in the position of a little child entering a huge library filled with books in many different languages.…The child dimly suspects a mysterious order in the arrangement of the books but doesn’t know what it is. That, it seems to me, is the attitude of even the most intelligent human being toward God.”

He reiterates his simple and committed devotion to improve human relations:

“In a long life I have devoted all my faculties to reach a somewhat deeper insight into the structure of physical reality. Never have I made any systematic effort to ameliorate the lot of men, to fight injustice and suppression, and to improve the traditional forms of human relations. The only thing I did was this: in long intervals I have expressed an opinion on public issues whenever they appeared to me so bad and unfortunate that silence would have made me feel guilty of complicity.”

In 1676, Mathematician Sir Isaac Newton wrote, “If I have seen further than others, it is by standing upon the shoulders of giants.”

“How strange is the lot of us mortals! Each of us is here for a brief sojourn; for what purpose he knows not, though he sometimes thinks he senses it. But without deeper reflection one knows from daily life that one exists for other people — first of all for those upon whose smiles and well-being our own happiness is wholly dependent, and then for the many, unknown to us, to whose destinies we are bound by the ties of sympathy. A hundred times every day I remind myself that my inner and outer life are based on the labors of other men, living and dead, and that I must exert myself in order to give in the same measure as I have received and am still receiving. I am strongly drawn to a frugal life and am often oppressively aware that I am engrossing an undue amount of the labor of my fellow men. I regard class distinctions as unjustified and, in the last resort, based on force. I also believe that a simple and unassuming life is good for everybody, physically and mentally.”

Attaining peace and justice is somewhat subjective.  Nevertheless, as idealistic as it may be to some, the diligent work of choosing kindness over fear is the only power by which this world has ever changed.

The struggle is often unglamorous.  Every day, it requires a patient, courageous, and persistent approach. Small victories of the human spirit…