The Secret Warning Signs of Loneliness

Very few people know the secret warning signs of loneliness.  Research shows that a lack of acquaintances isn’t the only warning sign of solitude. 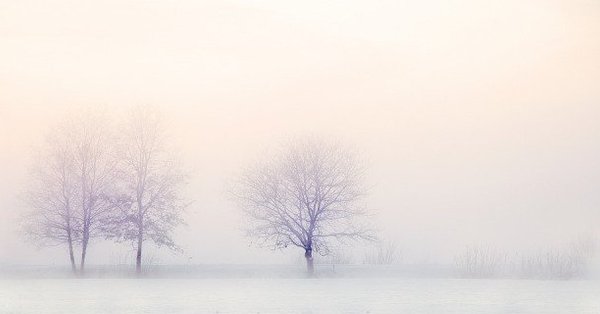 According to the Merriam-Webster online dictionary, loneliness means being without company; cut off from others…sad from being alone. That’s because the emotions that get set off when you’re feeling alone can be quite powerful.

In fact, they can trigger depression and dejection.  In extreme cases, loneliness can lead to an earlier death.

According to Dean Ornish, MD, in his book Love and Survival: The Scientific Basis for the Healing Power of Intimacy, among heart patients, depression is as good a predictor of imminent death as smoking, obesity, or a previous heart attack. Dr. Ornish shares his insight.

“Study after study shows that people who are lonely, depressed, and isolated are three to five times more likely to die prematurely than people who feel connection in their life.”

In a Duke University Medical Center study of 1,400 men and women with at least one severely blocked artery, the unmarried patients without close friends were three times more likely than the others to die over the next five years.

Similar findings came in a Canadian study of 224 women with breast cancer. Seven years after diagnosis, 72 percent of the women with at least one intimate relationship survived; only 56 percent of those who did not have a confidant survived. The kind of intimacy necessary appears to be an emotional connection to someone, not necessarily a sexual relationship.

Another supporting study, published in the Journal of the American Medical Association revealed that people with more diverse social networks (less social isolation) have a greater resistance to upper respiratory infections.

Everyone feels a little lonely now and then.  Experts say that this sadness can actually be a good thing…as long as you do something about it. John Cacioppo, PhD, a psychologist from the University of Chicago in Illinois says.

“Loneliness is actually an evolutionary adaptation that should spur us to get back to socializing, a state in which we are happier and safer.”

According to research published in the journal Sleep, loneliness can wreck your chances of getting a restful night’s sleep. Researchers measured the sleep cycles of 95 people in South Dakota, comparing them with the participant’s self-reported loneliness scores.

None of them lived isolated lives, but some reported feeling lonelier than others did. The results showed that the lonelier the participant, the higher the levels of fragmented sleep.

In a press release, lead author of this study, Lianne Kurina, PhD, briefly explains what they discovered.

“What we found was that loneliness does not appear to change the total amount of sleep in individuals, but awakens them more times during the night.”

Dr. Cacioppo, a coauthor of the study noted.

“When you feel lonely, you show more micro-awakenings.”

This means you wake up a little bit at night even though you aren’t aware of it.

According to research published in the Journal of Consumer Research, some people get super excited over inanimate objects because they’re lonely. The researchers call this “material possession love.”

Because some people suffer from a lack of social connections, they start adoring their things. Most experts contend that possessions are not healthy substitutes for real live relationships. In fact, a number of studies indicate that having stuff has little effect on your happiness levels.

“The lonelier a person is, the more showers and baths they take, the hotter the water, and the longer they stay under the water.”

For his research, published in February 2012 in the journal Emotion, Dr. Bargh surveyed 51 college students about their levels of loneliness and everyday habits, and concluded that some people use physical warmth as a substitute for social warmth.

The students who reported feeling lonelier also tended to linger in the shower longer. There’s absolutely nothing wrong with this, Dr. Bargh says.  People are not always in control of the reasons they feel alone. It could be due to a breakup, or a recent move.

Catching Loneliness from a Friend

You can actually catch loneliness from a friend. According to research published in the Journal of Personality and Social Psychology by Dr. Cacioppo and colleagues, lonesomeness can be contagious.

In fact, you’re 52 percent more likely to feel lonely if someone you’re directly connected to is lonely as well.

When you’re feeling isolated or empty, you may behave in more hostile and awkward ways toward another person, who in turn behaves a bit negatively toward someone else, and so on. The result can be an outbreak of social isolation and rejection.

“Social networking feels temporarily satisfying for people who turn to that as means of interacting.”

When you’re feeling alone, you might spend more time posting on social networking sites or online game forums than actually picking up that phone and arranging a lunch or dinner date.

However, having a lot of Facebook friends or Twitter followers won’t do much to fend off loneliness. Instead, research shows it can intensify the problem. When loneliness sets in, Dr. Cacioppo suggests using these sites to get in touch with your old friends.

Loneliness Can Make You Blow Things Out of Proportion

According to Dr. Cacioppo (who has studied the effects of loneliness on our health and stress levels) feeling alone often means you spend too much time mulling over things.

Research published in the journal Current Directions in Psychological Science showed that people who reported being lonely also reported more sources of stress and childhood adversity in their lives.

“The brain goes on the alert for social threats,” says Dr. Cacioppo.

Feeling Alone Can Make You Ill

Loneliness has a systemic effect, possibly raising our stress hormone levels and making it harder for our bodies to repair the daily wear and tear of life. We humans are a social species.

Actually, being part of a social network is so biologically fundamental that feeling alone and disconnected might actually hurt our immunity.

Loneliness often goes hand in hand with one major health problem — depression. Indeed, the American Psychological Association says that loneliness is a specific risk factor for the mental health condition.

But just because you’ve been feeling lonely doesn’t mean you are doomed to become depressed.

Here’s what it does mean: You should start taking steps to nip loneliness in the bud.  Call up a friend; make dinner plans for next week.  This will help prevent depression.

Socializing May Help You Stay Skinny

Loneliness and weight gain go hand in hand.  This is possible because we tend to compensate for our blues with food.

Additionally, loneliness can shut down motivation — keeping us sitting in a chair, or on the couch, instead of on the treadmill. Moreover, that means it may also be a predictor of health problems, such as high blood pressure and unhealthy cholesterol levels.

Socializing may help you to stay skinny, according to a report published in the journal Cell Metabolism. Although the study looked at mice instead of people, the rodents living in lonelier lab settings tended to weigh more than those in social environments did.

The Mayo Clinic advises having a strong social support network is essential during tough times, whether from job stress or a year filled with loss or illness.

A social support network is comprised of family, friends, and peers. Having intimate relationships with other people helps you feel cared for and maintain optimism.

The relationship also aids in stress management. These emotional benefits lead to stronger immunity, which helps you fight stress and disease.