Narcissism Signs and Symptoms in Relationships, at Work, and at School

Narcissism signs and symptoms are characterized with the all-purpose grandiose belief about oneself.

Individuals with a higher tendency toward narcissism signs or symptoms will lack empathy and have a tendency to be manipulative.  They will also have an exaggerated sense of self-importance, with a sense of entitlement.

A narcissist generally has an inflamed view of self-worth. 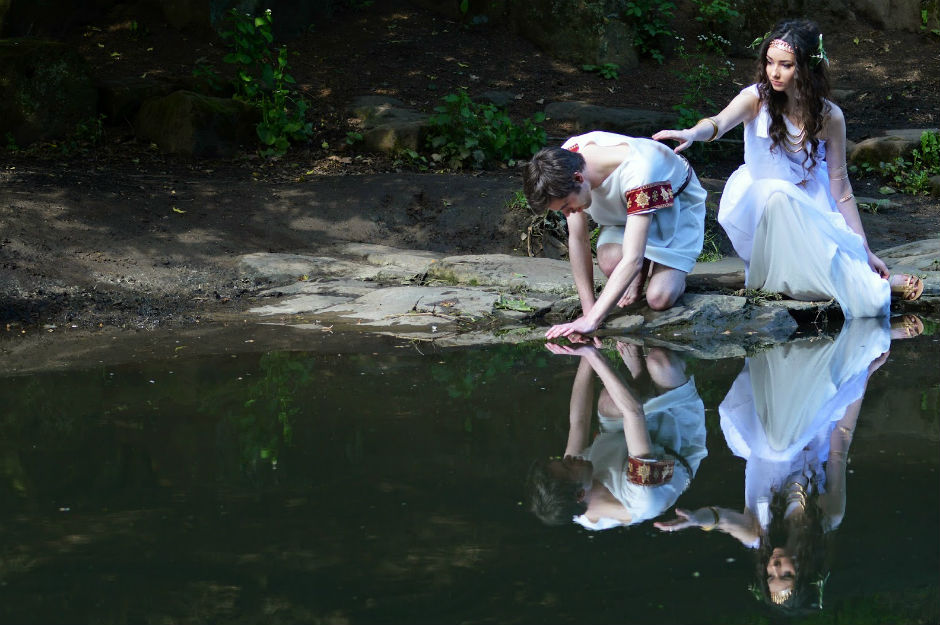 Narcissism signs and symptoms can be viewed as the wicked twin of high self-esteem. This behavior starts with how people truly see themselves — added with the accomplishments they achieve.

Patricia Watson, MD, interim head of the Department of Humanities in Medicine at the Texas A&M College of Medicine elaborates.

“It’s important to know that narcissism is both a trait and part of a personality disorder.  People have narcissism as a trait, some more than others, but a smaller group of people have Narcissistic Personality Disorder, or NPD.”

“Narcissism [signs or symptoms] exists on a spectrum.  You have people who have low to moderate amounts of narcissism, where it’s still apparent, but not really a disorder. Then you have the high end where it’s a full personality disorder.”

In Love with His Own Reflection

Webster’s Dictionary defines a narcissist as someone who is egocentric or egotistical. When we say someone is a narcissist, we’re implying that this person has a high opinion of themselves.

The word is derived by the name, Narcissus — having its beginning in Ancient Greece. In Greek Mythology, Narcissus was a man who was in love with his own reflection. Today’s narcissists are directly related to the story. The story of Narcissus is a great way to explain the trait and the personality disorder that shares its name.  There are several versions of the Ancient Greek Mythology of Narcissus.

Narcissus was a young hunter — especially known for his beautiful appearance.  One day while hunting, a nymph named Echo was captivated and fell in love with Narcissus.  Echo followed Narcissus and wanted to let him know she loved him.

When Narcissus sensed that someone was following him, he asked, “Who’s there?” Echo revealed herself to him and explained who she was and that she had fallen in love with him.  Rather than return her affections, Narcissus told her to leave him alone. Brokenhearted, Echo died.  The only thing that remained was the “echo” of her voice.

Nemesis, the Greek goddess of revenge, learned what had happened and decided to punish Narcissus for his rude behavior. She led Narcissus to a pool where he saw his reflection and immediately fell in love with himself. Ultimately, after starring at the image of himself in the pool — he later died.

There are studies suggesting that determining whether a person is a narcissist requires one or two questions.  One question is, “Are you a narcissist?”  In most cases, a narcissist is apt to respond by saying, “Yes.”

Another possible question that will reveal a narcissist is, “Do you believe you deserve special treatment?”

The causes for NPD are not entirely clear.  Upbringing and home life may play a role.  Additionally, some genetic factors may determine where an individual stands within the narcissism spectrum.

In addition, if developing narcissism is a learned trait, then normal social activity at daycare or school can help change the attitude that may be normal early on.

“We are all born with a type of learned narcissism.  From birth, the world revolves around us. We cry, and food appears or we are held, but then we grow out of that mindset and start learning that it won’t always be the case.”

Narcissistic Behavior at Work or School

Studies have often shown that narcissists are more likely to make their way into positions of power. They may be viewed as very skillful and confident individuals. This makes them a most favorable candidate for a leader in the classroom or a promotion at work.

While narcissists have an inflated view of self-worth, they also benefit from surrounding themselves with people who can confirm their belief.

“Narcissists have the ability to cultivate relationships. They can be very charming and positive, but they’re just looking for people to feed into their narcissistic supply and help build their ego.”

Narcissists can also be very controlling, whether it’s blatant or done passively. They do this as a way to stay in control and keep asserting their beliefs. “If you thwart a narcissist, they may react with anger or a fit of rage.”

Ways to Handle a Narcissist

Researchers have determined narcissism signs and symptoms of two types of narcissists:  “vulnerable” and “grandiose”

A grandiose narcissist truly believes in his or her own greatness.  In addition, they may even be almost as good as they think they are. They tend to be happier, more emotionally stable, and more extroverted.

On the other hand, a vulnerable narcissist’s outward shell of self-absorption and self-centeredness camouflages a weak inner core.  They are less emotionally stable and less agreeable.

Ways of managing your own emotions when you’re dealing with narcissists:

Keeping some of these tips in mind may help ease the situations so things can actually improve.

If someone exhibits high amounts of narcissism signs or symptoms, or if a person has NPD, receiving the right treatment can possibly help improve their lives and the lives of the people around them.

However, people with NPD characteristically will not seek help for their condition.  And doing so wouldn’t sit well with their self-image of perfection.  Nevertheless, they may seek therapy if a loved one brings them in, or if they are depressed.

A brief thought by Dr. Watson.

“People with narcissism may be protecting very fragile egos.  If they are criticized or rejected, they can take that very harshly and become depressed.”

Receiving therapy from a therapist may not always work for someone showing narcissism signs or symptoms, or NPD.  Nonetheless, it can help an individual set realistic boundaries and guide the way to a more rewarding and enjoyable life.