However, in reality, for millennia, our ancestors were practicing unpredictable and crude forms of genetic modification. 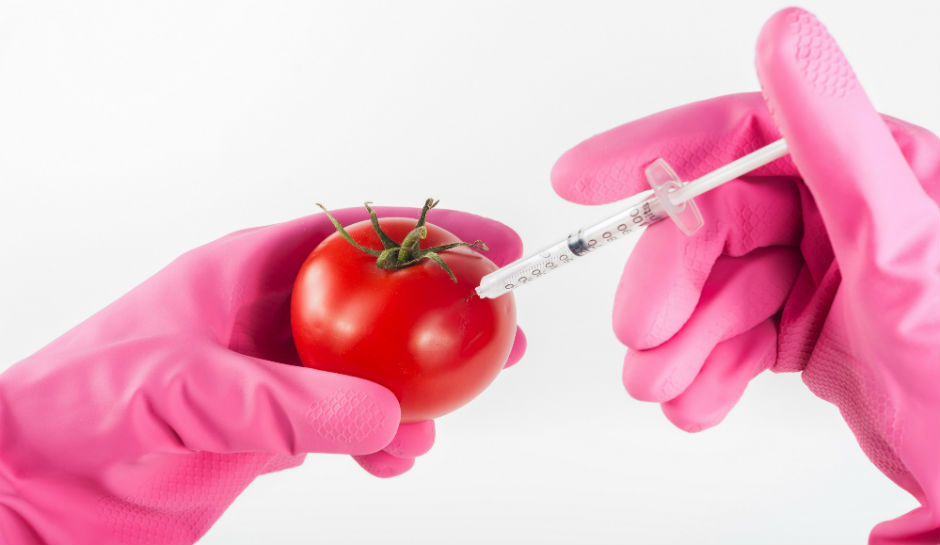 The process of genetic modification has been central to progress in agriculture throughout history.  Thousands of years ago, humans first started rounding up wild animals for milk, material goods, and meat.  They also began collecting and growing edible roots, fruits, and grains.

Since this process began, humans have been shaping these animals and plants to satisfy our desires and needs.

For example, compare corn to its ancestor, teosinte — a Mexican grass that’s grown as food and is considered one of the parent plants of modern corn. You will find the remarkable story of human agriculture and the transformative power of artificial selection.

Moreover, evaluate what our ancestors did to the aurochs.  The aurochs is an extinct wild ox of Europe, from which cattle are probably descended. The aurochs survived in central Poland until 1627.  A few German breeders claim that since 1945 they have re-created this race by crossing Spanish fighting cattle with longhorns and cattle of other breeds.

Our Ancestors’ Success in Random Mutation

The success our ancestors had in creating the modern abundance of domesticated animals and plants is remarkable, considering our ancestor’s near-complete lack of understanding of where new traits come from or how they pass from one generation to the next.

They didn’t know that every trait they favored arose through one or more random alterations, or mutations, to a species’ genetic code, passed on from parents to their offspring in the form of DNA.

Thousands of years of artificial selection have formed an even more astonishing transformation in these species’ genetic makeup — invisible to the bakers, herders, farmers, and brewers.  Their actions dramatically altered the way domesticated plants and animals look, taste, grow and behave.

Human history is the history of agriculture.  Our success is also the history of genetic modification of plants, animals and microbes.  These modifications have enabled humanity to overcome the multitude of obstacles humans have faced for thousands of years.

It is safe to say that, without systemic genetic modification of crops and livestock, civilization would not exist.

Human intervention has ultimately changed the course of evolution.  Biologists consider many domesticated organisms to be entirely new species of our own creation.

Consider this.  Every time our ancestral ranchers and farmers bred an animal or plant from among their domesticated stock — or crossed them with wild varieties — they created a genome entirely new to the planet.

These randomly created genetic modifications, or GMOs, differed from the ones that came first in ways that are and were far greater, and without the lesser known, foreseeable consequences than those being created today by modern, deliberate genetic engineering.

Our ancestors actually introduced the results of these uncontrolled genetic modification and experiments into the food supply — completely blind to the consequences, and with no oversight.

Conversely, the organisms that are a result of genetic modification are exceptionally reticent. Even though the process is not perfect, according to Dr. Michael Eisen, Ph.D., Professor of Molecular and Cell Biology at UC Berkeley, they involve smaller, more carefully considered, controlled and conservative changes to DNA than were ever before possible in human history.

Even now, humans have an incomplete understanding of biology.  Intentional and exact modifications can have unintended consequences.  Additionally, more often than desired, genetic modification plainly fails to deliver the desired positive effects.

But given the pressing need to continue improving the food species we need to nourish ten billion people, in addition to minimizing the impact of agriculture on our climate.

What matters is not how we create organisms with novel genomes, but what we create, and how it will benefit humanity.

In contrast to research, although modern genetic modification for industrial uses is best known in crop plants, it began in microbes where it almost immediately made life-saving contributions to medicine.

For example, three million Americans have type 1 diabetes — a disease in which the human body stops producing the vital hormone insulin. Type 1 diabetes was fatal until the early 1900’s, when Canadian researchers proved it could be managed with daily injection of insulin purified from pigs. Although it kept people alive, pig insulin was not a perfect replacement for its human counterpart, and often led to immune reactions.

In the late 1970s, researchers at a small California biotech startup succeeded in engineering a strain of the bacteria E. coli that carried the human gene for insulin, allowing them to produce it for injection by diabetics. This human insulin is safer, more reliable and more effective than pig insulin, and has had a huge positive impact on the lives of more than 100,000 children and adolescents diagnosed with type 1 diabetes every year.

The same process is being used to produce proteins used in food. The most notable example is chymosin.  This enzyme is used to curdle milk for producing cheese. Chymosin is found in the stomachs of baby mammals, where its curdling activity makes possible the drawing out of nutrients from their mothers’ milk.

Cheese makers traditionally get chymosin in rennet, a preparation of curdled milk taken from the stomachs of slaughtered calves. But the growing demand for cheese created a need for a safer, more consistent and cost-effective replacement for rennet.

More than 25 years ago, scientists in Europe introduced a gene encoding bovine chymosin into yeast cells, which enables the yeast to produce chymosin that can be extracted and purified for use in cheese. Fermentation-produced chymosin (FPC) was the first protein molecules create in laboratories approved for use in food by the U.S. Food and Drug Administration.

Today, roughly 50 percent of the cheese produced worldwide is made using FPC instead of a protein extracted from calf stomachs.

Humans have a long history of seizing the opportunities provided by powerful new technologies to improve our lives.  Nevertheless, some have also of used new forms of technology irresponsibly.

Our world is governed by the pursuit of profits.  Unfortunately, there are too many examples of people using various forms of technologies to enrich themselves at the expense of the health and safety of others, as well as environment.  Scientists should not, under any circumstances, merrily say, “Don’t worry. Trust us.”

There are risks associated with using, or misusing, any technology.  Genetic modification and engineering is no exception. However, as humans face the threats increasing food and nutritional insecurity, the potential destruction of our natural world, and climate change, the risks of needlessly rejecting advances in modern biotechnology are much greater.

The public needs to trust the works of scientists and organizations.  Trust starts with transparency — explaining exactly what is being done and why. It demands a commitment on the part of every scientist and organization using biotechnology to ask whether the right approach is being used. It also requires listening, education, and engaging with critics.

Of course, humans can’t eat rocks, though we do have a need for certain minerals in our diets.  Creatively speaking, imagine the ability to consume food without having to slaughter animals.  Go one-step further and consider the idea of not killing any living organism — including plants — to satisfy our need for nutrients and food.

Creative minds, dedicated individuals, technology, and scientists can help solve the challenges we face today by introducing new ways on how we grow and produce food.
The planet and people will benefit if genetic modification and biotechnology can be used responsibly.