FEWS NET, the leading provider of early warning and analysis on acute food insecurity says people in 45 countries are unable to feed themselves mostly because of drought, economic instability, and conflict. 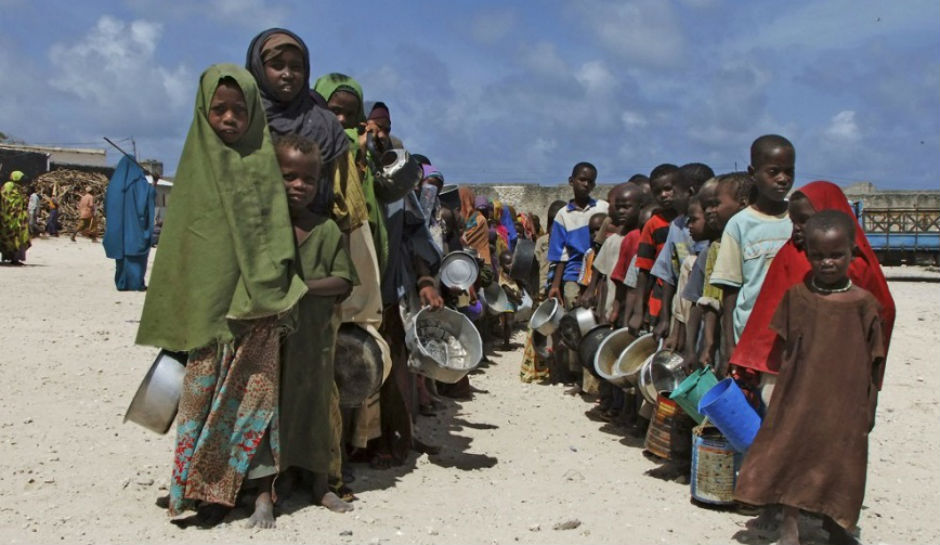 Even with humanitarian assistance, an estimated 70 million people across 45 countries are on the verge of facing acute food insecurity with high or above usual acute malnutrition.

An excerpt of FEWS NET’s statement is as follows:

“The combined magnitude, severity, and geographic scope of anticipated emergency food assistance needs during 2017 is unprecedented in recent decades.”

This marks the second consecutive year of extremely large food needs.  The size of the intensely insecure food population is about 40 percent higher than in 2015.

FEWS NET adds that the countries likely to have the largest acutely food insecure populations during 2017 are Yemen, Syria, South Sudan, and Malawi. All together, these four countries make up roughly one-third of the total population in need of emergency food assistance.

According to FEWS NET reports, about one third of the 70 million people needing emergency food aid live in four countries: South Sudan, Syria, Yemen, and Malawi.

In addition, a study backed by the United Nations and other aid agencies suggests that the seven-year insurgence of Boko Haram Islamist militants in northeastern Nigeria led to the famine that occurred in 2016 — and could be ongoing.

In 2016, Somalia suffered a food crisis due to failed rains.  And poor spring rains are in the forecast threatening to repeat a famine that killed about 260,000 people in 2011.

Additionally, in 2016, the Pacific Ocean warmed — causing an El Niño.  In 2017, La Niña, or unusually cold temperatures in the equatorial Pacific Ocean, followed the El Niño causing unavoidable hardship and food crisis across the Horn of Africa and southern Africa.

According to Save the Children, hunger, malnutrition, and death threaten 6.5 million children in the impoverished drylands of Ethiopia, Kenya, and Somalia due to back-to-back droughts.  Spring rains are also predicted to be poor.

About 16 million people were forced to move across the three countries into crisis because of the scarcity of rain.  These people are in need of aid.  Water is in short supply and their animals are dying, as well.

Save the Children is an international non-governmental organization that promotes children’s rights, provides relief and helps support children in developing countries.

“The situation for already desperate children and families in Somalia, Ethiopia and Kenya will only get worse – leaving millions at risk of hunger, and even death.”

According to Save the Children, almost 500,000 children already have severe acute malnutrition — which means they risk dying without emergency intervention.