Bats Are a Birth Place of Deadly Diseases

Bats are a source of many deadly diseases.  They transmit more dangerous viruses than any other mammal.

Up until now, research has offered little insight into why bats are a breeding ground for dangerous viruses. 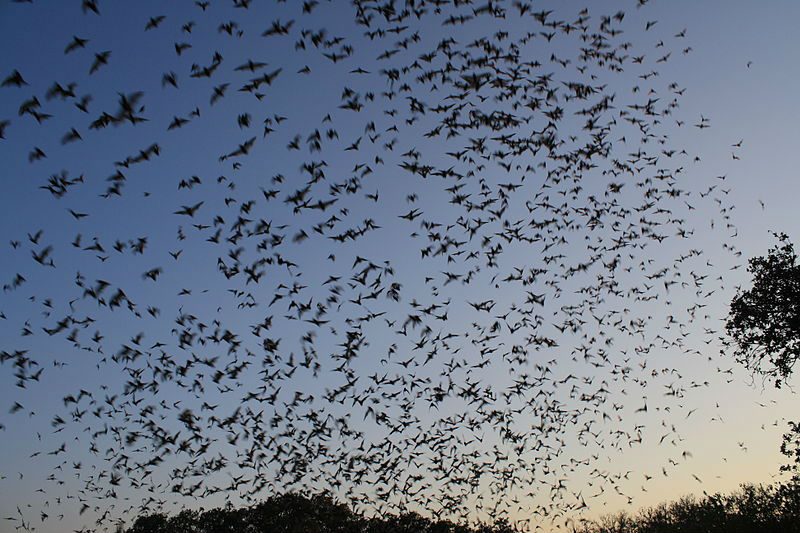 Bats Are a Birth Place of Deadly Diseases

Bats use evolutionary behavior and their stern immune systems to make them the perfect hosts for deadly diseases. Some of the same variations and adjustments that let bats fly; also allow them a high-functioning immune system.

Bats are responsible for some highly contagious, zoonotic viruses — the type of viruses that spread from animals to humans. SARS, Ebola, Nipah, Marburg, and more have been traced to the bat.

Recently, some scientists have claimed the blame for the coronavirus epidemic on the bat. A new study suggests that their distinctive place in the animal kingdom may be responsible for a record of human viral infections.

In essence, according to a new study, published earlier this month in the journal eLife, the bats powerful immune response prevents invading viruses.  This allows the bats to adapt more rapidly than viruses would in other hosts.

In addition, the bats’ capability to thwart off viruses allows them to produce viruses far deadlier than the pathogens found in other creatures. Therefore, when a virus from a bat leaps onto a human, the consequences are far more serious.

Cara Brook, a postdoctoral fellow in the Glaunsinger Lab at the University of California, Berkeley, and one of the study’s lead authors says,

“The virus can replicate faster in a bat host without damaging the bat.  But when it emerges into something that lacks a bat immune system, it’s extremely virulent.”

Earlier studies have publicized that bats host more zoonotic diseases than any other taxonomic order.  These studies have also shown that the death rate in humans for those diseases is higher than for viruses from other animals.

In her recent study, Brook and her colleagues concluded that the bat immune system…and the unrelenting viruses it breeds…are side effects of the way they evolved to be able to fly. Brook cites that flight is “extremely physiologically expensive.”

To depart from their earth-bound ancestors, bats had to develop not only wings, but also a metabolic rate far greater than that of small terrestrial mammals. In any other animal — particularly such a small one — this would come at the cost of a shorter lifespan, because elevated metabolic levels produce more cell-damaging free radicals.

“Bats kind of fly in the face of that because they reach these really high metabolic rates, they’re small-bodied, and yet they’re long-lived.”

It appears as though bats have found the ultimate anti-aging serum in a set of physiological pathways that reduce stress to their bodies, adjust to inflammation, and repair damaged DNA.  These health benefits for the furry creature allow them to live up to 40 years. Whereas similar sized mammals might live just a few years.

Bats have use of another tool called interferon-alpha. Interferon-alpha is a protein common in mammalian immune responses, used to signal to other cells throughout the body that they must strengthen themselves against impending attack.

“That causes cells downstream … to go into an anti-viral state, basically restricting viral entry into those neighboring cells and halting the progression of the infection.”

That immune response, triggered by interferon, also produces inflammation, which causes the achy feeling that often goes along with illness. Too much of it can severely damage the human body, but because bats adapted to reduce inflammation, they can take this interferon response to the extreme.

The bats’ strong health defense system means that bat cells have effectively placed a wall up, defending themselves from viruses. However, the viruses do not disappear. Instead, viruses linger, existing within the bat for perhaps its entire life.

Moreover, a virus in a bat replicates at a speed not seen in other species. When these bat-hardened strains of viruses invade the human populations, they often inflict more harm on our bodies than those from other sources.

As research begins to clarify their unique potency, Brook hopes to find ways to predict which species are likely to produce the worst epidemics. Even as Brook concedes to bats’ threat to public health, she is careful not to demonize the creatures.

“It’s really easy to get into this climate of seeing bats as kind of an incubator for these terrible infections.  I do believe that bat-borne viruses pose threats to human health, but I think those threats can be mitigated in ways that involve protecting these populations in the wild.”

Brook notes that outbreaks of deadly diseases originating in bats seem to be growing more common as humans make inroads upon the bats’ habitat…stressing the animals and causing them to pour out more saliva, feces and urine, which contain viruses.