The Priority of Giving 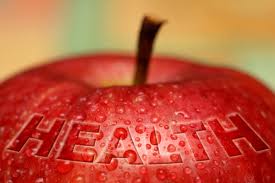 Microsoft’s founder and the richest man in the world, Bill Gates, announced his intent to the public that he would scale back his work at Microsoft and allocate more time to the charitable foundation he co-founded with his wife Melinda, on June 6, 2006.

Ten days later, Warren Buffett, the second wealthiest man in the world publicly announced he was handing over his fortune to the Bill & Melinda Gates Foundation, which primarily focuses on improving global health.

The largest philanthropic foundation in the world had its beginnings and doubled to more than $60 billion.

Why would the wealthiest men in the world have such passion for one cause?

One reason for their dedication and philanthropic endeavor was they were saddened to find out that 3 million children die of diseases that are absolutely preventable.

In addition, they share in their concern about the inequalities between people living in different parts of the world.

“I first learned about these tragic health inequalities some years ago when I was reading an article about diseases in the developing world.  It showed that more than half a million children die every year from “rotavirus.”  I thought, “Rotavirus?”—I’ve never even heard of it.  How could I never have heard of something that kills half a million children every year!?”  Melinda and I had assumed that if there were vaccines and treatments that could save lives, governments would be doing everything they could to get them to the people who needed them.  But they weren’t.  We couldn’t escape the brutal conclusion that in–our world today—some lives are seen as worth saving and others are not.  We said to ourselves: “This can’t be true.  But if it is, it deserves to be the priority of our giving.”

Why Should We Care About Global Health?

First, health is a common experience for all humans.

It doesn’t matter what economic, social, or cultural differences we may have that set us apart from each other—all humans know what it is like to be sick, care for family members or friends who are ill or injured, and to mourn losing someone we love.  This commonality should inspire compassion within us.

Second, people like Bill and Melinda Gates and activist, anthropologist, and physician, Paul Farmer have decreed that humans have a fundamental right to health.

Like water, shelter, and food, if health is a human need and right then many millions of people around the world don’t have access to basic levels of health care because of where they were born, how much money their family make, or other circumstances beyond their control.

If health is a human right, then regardless of the conditions that made them vulnerable to disabilities, illness, or premature death, people should have access to basic health care and prevention from preventable diseases.

Finally, globalization is constantly changing our economic and social makeup, as well as how we experience health.  Our health and well-being is connected to everyone else.

Our personal health practices like eating nutritious food, frequent hand-washing, exercise, and getting vaccinations have the potential of keeping you, your family, and your co-workers healthy.  However, infectious diseases like West Nile virus can fly over borders by birds that carry the influenza virus.  In addition, insects are imported on leafs of lettuce and bananas.

This complex means and spread of diseases requires that we think beyond our households and local communities to the reality of global levels. 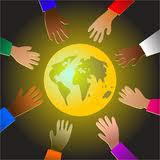 Diseases Have No Boundaries

The world is becoming more interconnected.  Modern transportation allows infectious diseases to cross over our borders.

Good sanitation practices and enforcement of environmental laws geared towards keeping our food products safe is vital to our health and well-being.

The more educated and informed we are; how well we respond to safety hazards and infectious diseases, the healthier we become.  Examine your values and consider what choices you make that may impact other people’s lives.

Consider taking a view on how you can become more involved in creating solutions to health problems.

You can make a difference in the lives of millions across the globe by becoming more involved in helping to form a healthier world.