For years, military personnel assigned to a U.S. Marine Corps Base in North Carolina were exposed to toxic water.

On Friday, the Department of Veterans Affairs (VA) finally established a new ruling that added certain diseases associated with contaminants present in the base water supply at U.S. Marine Corps Base Camp Lejeune, North Carolina, from August 1, 1953, to December 31, 1987. 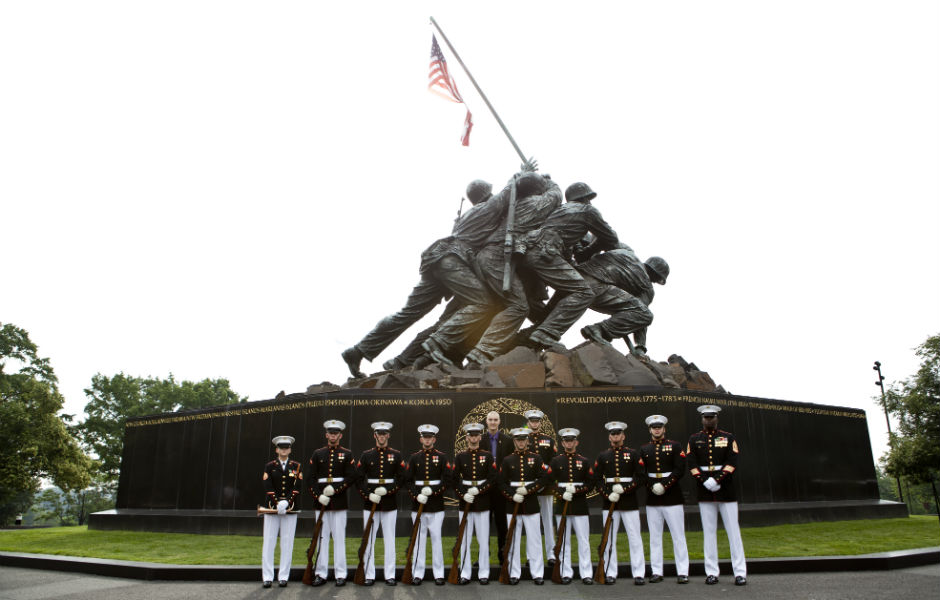 Honorary Marine Daran Wankum, center rear, poses for a photo with Marines of Marine Barracks Washington following a wreath laying ceremony at the Marine Corps War Memorial in Arlington, Va, June 13, 2013. Wankum, who began the Marine enlistment process but was unable to start recruit training due to an illness, was recognized as the 22nd honorary Marine during a ceremony June 11, 2013.

Part of the VA’s summary of the final ruling reads as follows:

“Veterans, former reservists, and former National Guard members, who served at Camp Lejeune for no less than 30 days (consecutive or nonconsecutive) during this period, and who have been diagnosed with any of eight associated diseases, are presumed to have incurred or aggravated the disease in service for purposes of entitlement to VA benefits.”

Contaminated Groundwater at Military Base

According to a story published by The Associate Press, veteran groups uncovered documents suggesting that Marine leaders “were slow to respond when tests first found evidence of contaminated groundwater at Camp Lejeune in the early 1980s.”

After additional testing confirmed contamination from an off-base dry cleaner and leaking fuel tanks — in 1984 and 1985 some drinking water wells were closed. The Marine Corps said the contamination was unintentional — having occurred when federal law didn’t limit toxins in drinking water.

The issue prompted lawsuits by veterans organizations, noting that military personnel in Camp Lejeune “drank, cooked and bathed” in contaminated and toxic water for years.

The estimated taxpayer cost is $2.2 billion over a five-year period. As many as 900,000 service members were potentially exposed to the toxic water.  But the VA estimates that about 23,000 veterans will apply and qualify for the new benefit.

Retired Marine Master Sgt. Jerry Ensminger’s daughter Janey — born in 1976 while he was stationed at Lejeune — died from leukemia at age 9.  Now, Master Sgt. Ensminger heads a veterans group, The Few, The Proud, The Forgotten. The group advocates for those seeking disability compensation.

Master Sgt. Ensminger says the government must go further in covering other diseases.

“This is good news.  This has been a hard, long slog.  This is not the end of the issue.”

“It’s about time.  These veterans put their lives on the line for our nation and they were negligently poisoned by the government.”

This final ruling is effective March 14, 2017.  Affected veterans exposed to toxic water while stationed at Camp Lejeune may now submit applications for benefits.

According to the VA, close to 1,400 disability claims related to Camp Lejeune are already pending.  The VA said the claims will be reviewed immediately.