Hypnosis Is Gaining More Credibility From the Scientific and Academic Communities

The credibility of hypnosis draws a lot of controversy.  However, an ever-increasing amount of research supports the validity of hypnotherapy.

According to a growing number of researchers, hypnotism stimulates brain activity in a variety of ways.

Here’s more about this controversial medical and therapeutic treatment. 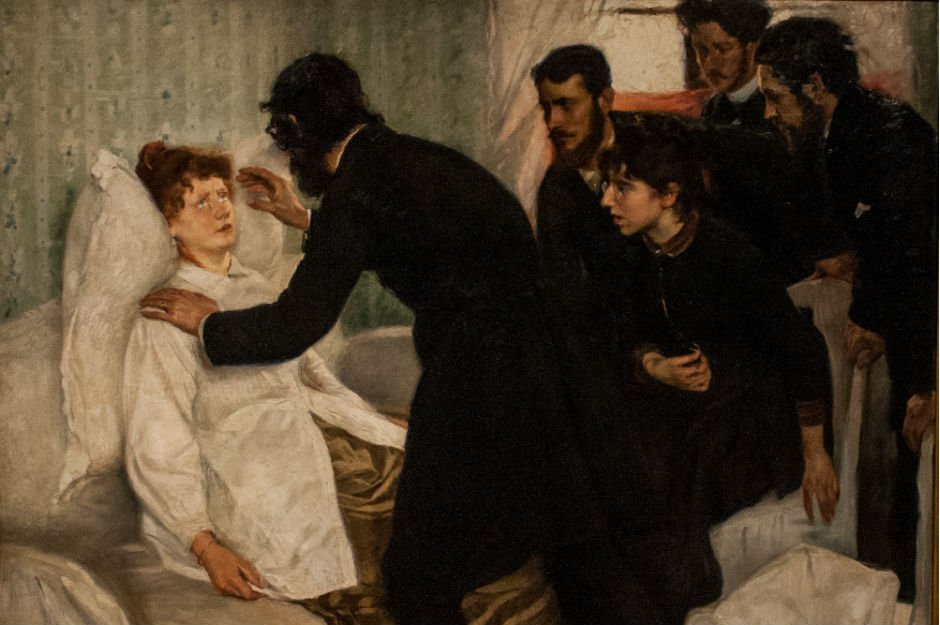 Oil painting on canvas titled, “Hypnotic Séance.” Painted by Richard Bergh in 1887 and donated to the Nationalmuseum in Stockholm, Sweden.

Hypnosis, or hypnotherapy, has a long history as a controversial treatment for psychiatric and physical maladies.  The treatment eventually gained credibility as a medical practice; but it took a long time.

Penn State News notes how a Viennese physician named Franz Anton Mesmer did experiments by putting patients into hypnotic trances in the 18th century.   But Mesmer’s practice was investigated to determine whether his unique and highly irregular medical treatment was either a hoax or authentic.

In 1784, the “Franklin commission” released its final report concerning Mesmer’s treatments.  The commission found “mesmerism” to be “utterly fallacious” and void of any merit.

Centuries later, a Stanford University study reveals how hypnosis can be used to reduce pain.  However, not everyone is actually susceptible to becoming hypnotized. David Spiegel, M.D., professor and associate chair of psychiatry and behavioral sciences at Stanford, led this hypnosis study.

The Big Think sheds some light on how Dr. Spiegel’s study found that self-hypnosis helps in reducing pain.

“One of his previous studies also found that those who practiced self-hypnosis dropped their painkiller use by half and another research found that the method can reduce the pain of childbirth.”

Irrelevant of his study, Dr. Spiegel said he underwent a shoulder surgery and didn’t take any medications after his operation. He explained that he hypnotized himself as a way to eliminate and avoid the pain.  He declares his hypnotic trance state was the reason why he actually felt very little pain after the surgery.

People Who Benefit From Hypnotherapy

The types of people who are more susceptible to becoming hypnotized tend to be more trusting, imaginative, and intuitive, according to Professor Spiegel.  However, he explained that being susceptible to hypnotherapy has less to do with an individual’s personality trait and more to do with his or her brain structure.

Briefly explained — during hypnosis, a part of the brain controls what we pay attention to and what we ignore actually calms down. Then the two other parts — which controls blood rate and pressure — fuel together during hypnosis and ultimately intensifies the brain’s connection to the body.

People under a hypnotic trance can do just about anything they’re being told to do without becoming totally aware or conscious of what their doing.  A responsive person tends to develop and transform this way because other regions of his or her brain shows less activity.

Researchers concluded that the altered functional connectivity in various regions of the brain explain why hypnosis works.

An Important Part of Treatment

“It has taken centuries for medical hypnosis to regain credibility.  In the 1950s, reliable measures of hypnotizability were developed, which allowed this research field to gain validity. We’ve seen more than 12,000 articles on hypnosis published since then in medical and psychological journals. Today, there’s general agreement that hypnosis can be an important part of treatment for some conditions, including phobias, addictions and chronic pain.”

Professor Ray’s own research uses hypnosis as a tool to improve understanding of various functions of the brain.  The research included the brain’s response to pain.  His team of researchers did a variety of EEG studies.

One of professor Ray’s studies suggests the following:

“Hypnosis removes the emotional experience of pain while allowing the sensory sensation to remain. Thus, you notice you were touched but not that it hurt.”

A hypnotic trance is something most of us have experienced.  For example, being very engrossed in a movie or book, and losing all track of time or not hearing someone calling your name, is similar to experiencing a hypnotic trance state.

This short video explains more about the workings of hypnosis


More research is beginning to prove that our brain connections can be altered during hypnosis.

Do you believe there’s any validity to hypnotherapy as a therapeutic technique?

Have you ever been hypnotized?