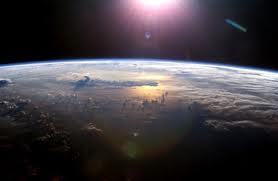 Tens of thousands of citizens die each year in the U.S. because they are uninsured, or under-insured!

Yet, healthcare is the largest industry in all wealthy countries. It consumes more of the national income than either education or defense.

In the U.S., health care takes up 17% of the gross national product, which is about $7,000 per person, per year. This is twice as much as in any European country.

Why is it that all other free-market, democratic, advanced, industrialized countries manage to providing health care of high quality to everybody and spend half as much as the United States?

Why doesn’t the United States, the world’s richest country, commit to providing healthcare for everybody?

Healthcare Systems Around the World

It’s not all socialized medicine in other countries. Many countries provide healthcare to their citizen with private hospitals, insurance plans, and doctors.  Traditions and cultures influence healthcare systems in 190 countries around the globe. 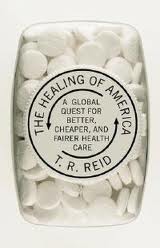 According to T.R. Reid, a former foreign correspondent for The Washington Post, commentator for National Public Radio, and New York Times bestselling author of “The Healing of America: A Global Quest for Better, Cheaper and Fairer Health Care,” there are four main models of healthcare around the world. He suggests we focus on who the providers are, such as doctors, drug companies, and hospitals and who pays for the services they provide.

Great Britain, France, Italy, and New Zealand have the Beveridge Model of Health Care, named after Lord William Beveridge. When World War II was coming to an end, Sir Winston Churchill asked Lord Beveridge to write a report on British social services. Lord Beveridge proposed the National Health Services healthcare system which became a responsibility of the government to provide healthcare to the entire nation.

All the citizens of these countries never get a hospital or doctor bill their entire life. Taxes are high because the government pays for everything; however, people pay half as much for medical services because they don’t have to pay monthly premiums. The government is the provider and payer which fall into the category of socialized medicine.

Mainland Europe countries like Germany, Switzerland, Japan, Netherlands, France, and Belgium, use the Bismarck Model healthcare system which covers everybody. This system was invented by Germany’s first Chancellor, Otto Eduard Leopold von Bismarck. In 1873, he created “old-age pension,” (“social security” in the U.S.), and Workmen’s compensation. In 1883 he created the world’s first national healthcare system using private insurance plans, where everybody bought insurance and the premiums are split with other co-workers of an employer.

The insurance plans, doctors, and hospitals are all private, with the government picking up the healthcare costs for all citizens. In the U.S. 155 million American citizens use this Bismarck Model healthcare system.

In 1944, Canada came up with the National Health Insurance Model, also known as Medicare. Private providers like doctors, laboratories, and hospitals are privately owned and operated and the government acts as the insurance system and pays for the medical expenses. Everybody goes to the doctor for free; however the public pays a premium to the government.

In 1965, President Lyndon Johnson took the name and model of Canada’s healthcare system and offered government health insurance, Medicare, to U.S. senior citizens. Other countries that have adopted this system are Australia, South Korea, and Thailand.

Finally, the most common healthcare system, found in about 140 countries around the world, is the Out of Pocket Model. The brutal reality of this system is that if one gets ill in these countries, if you don’t have money or something to barter to pay for medical service, you can remain sick and die.

The United States uses all four of these models for healthcare. If you are a veteran, in the military, or Native American you use the Great Britain’s National Health System. U.S. citizens over 65 years old use Canada’s Medicare. If you’re an American getting insurance from your employer you’re using the Bismarck Model.

Unfortunately, if you’re one of the 140 million people living in the richest country in the world who do not have health insurance, you use the Out of Pocket system like people in Angola and Afghanistan.

Each year, tens of thousands of Americans die because they can’t afford to see a doctor.

The biggest difference with the U.S. and the other democratic, industrialized nations in the world pertaining to healthcare is that, all the other countries decided on using one system for everybody and the U.S. uses all four.

Healthcare reflects the moral and ethical values of a country. Though healthcare issues are political, involve medical and economic concerns, is it the responsibility of a rich nation to provide everybody medical care.

Why do some countries commit and countries like the United States of America, do not?