An Increasing Number of Children Are Swallowing Disk Batteries

Disk batteries have become more popular these days because they last a long time.They also work better than older batteries when used in colder environments. In addition, they fit efficiently into slim battery compartments.

Disk batteries are a bit larger than a penny. They’re used to power a variety of household items — like cameras, toys and games, remote controls, computers, calculators, jewelry, thermometers, singing greeting cards, and a large range of other objects.

Most regrettably, an increased number of children and adults are injured, and in some cases, die from swallowing button or disk batteries. These tragedies can be prevented. 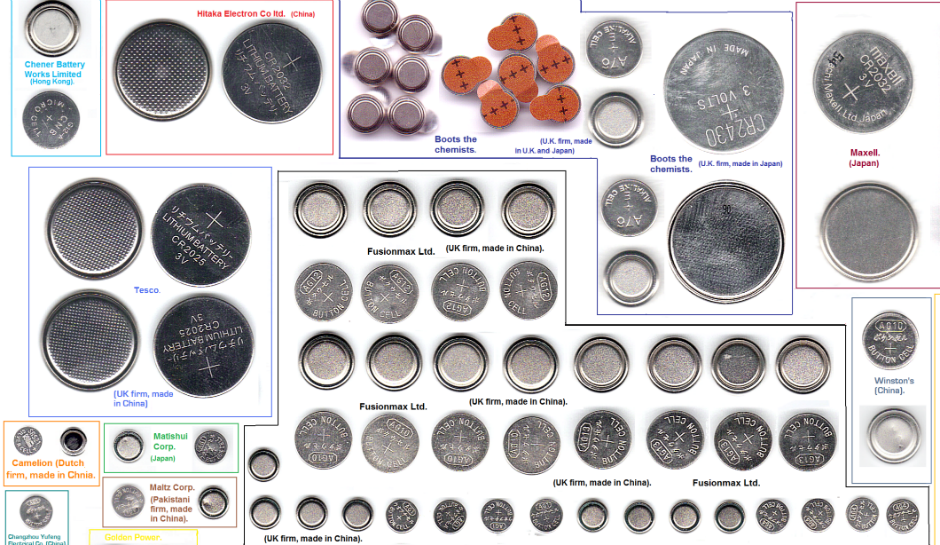 Most of the severe injuries to children and adults are from lithium batteries.If a child swallows the larger lithium battery…on its way down to the stomach, the battery is more likely to become wedged in a child’s esophagus.

This can cause a burn right where the battery stops. It only takes about two hours for severe injury to begin if a battery lodges in the esophagus. For that reason, removing the battery in less than two hours is critical.

Tube feeding may be required if tissue injury occurs. The battery could paralyze vocal cords, as well. Many other problems may arise… requiring surgery and long recovery times. The child may develop severe bleeding, leading to death.

Many children are too young to report that they swallowed a battery. Moreover, the symptoms are similar to many common childhood illnesses, such as coughing, fever, vomiting, loss of appetite, and wheezing.

However, sometimes there are no symptoms at all right after a battery is swallowed. If the battery remains in place long enough for injury to develop, it can be especially difficult to decipher the crisis.

Batteries are everywhere.  It’s imperative don’t ever leave batteries sitting out in the open – especially disk batteries. Additionally, make sure you store spare batteries — and batteries to be recycled — out of sight and out of reach of young children.

If recycling is not possible, wrap your used batteries securely and discard them where a child cannot find them. In addition, be sure to check all household devices to be sure the battery compartment is secured shut.

Use strong tape to secure compartments that children can open or that might burst open if the device is dropped.

Only purchase products that require a screwdriver or tool to open the battery compartment, or that are closed with a child-resistant locking mechanism.

Be especially cautious with products that contain disk batteries that are as big as a penny or larger. The 20 mm diameter lithium cell is one of the most serious problems when swallowed.

What is more, these problem cells can cause death.

Also, do not allow children to play with batteries or with battery powered products that have easily accessible batteries.

Concerning a child who uses a hearing aid, exercise caution and make sure the hearing aid has a child-resistant battery compartment.

Furthermore, make certain the lock is activated when the child is wearing the aid. In addition, inform family members who wear hearing aids of the importance of keeping the batteries out of reach of small children at all times.

And don’t change or insert batteries in front of small children.

For any reason, never put batteries in your mouth. They are slippery and easily swallowed. All too often, the tiny hearing aid batteries are ingested with or instead of medications. So, don’t store batteries near pill bottles or pills.

Furthermore, don’t mistake batteries for pills. And don’t leave them on bedside tables or place them loose in your pocket or purse. Look at every medicine you intend to swallow.

Turn on the lights, put on your glasses, read the label and look at the medicine itself. If you use a hearing aid, these steps are especially important.

Avoid storing or leaving batteries where they might be mistaken for, or swallowed with, food.

Likewise, don’t leave batteries in drinking glasses or next to popcorn, candy, nuts, or other finger foods.

Call the National Battery Ingestion Hotline at 800-498-8666 at once, if a battery is swallowed or placed in the nose or ear.

Prompt action is vital. So, don’t wait for symptoms to develop.

What’s more, if the battery was swallowed, don’t eat or drink until an x-ray shows the battery is beyond the esophagus.

Batteries stuck in the esophagus must be removed as quickly as possible as severe damage can occur in just two hours. Batteries in the nose or ear also must be removed immediately to avoid permanent damage.