Chronotypes – Relation to Being a Morning or Evening Person

Chronotypes, or sleep timing, is a guide to how circadian rhythms play a role in everyday life. They are a productivity tool to help you understand how sleep schedules affect your life…including your activity levels, alertness, and when it’s best for you to complete certain goals and tasks.

These internal clocks control when you want to sleep and when you feel like waking up. In most adults, circadian rhythms are lowest between 2 a.m. and 4 a.m.  However, this can change based on whether you’re an early bird or a night owl. 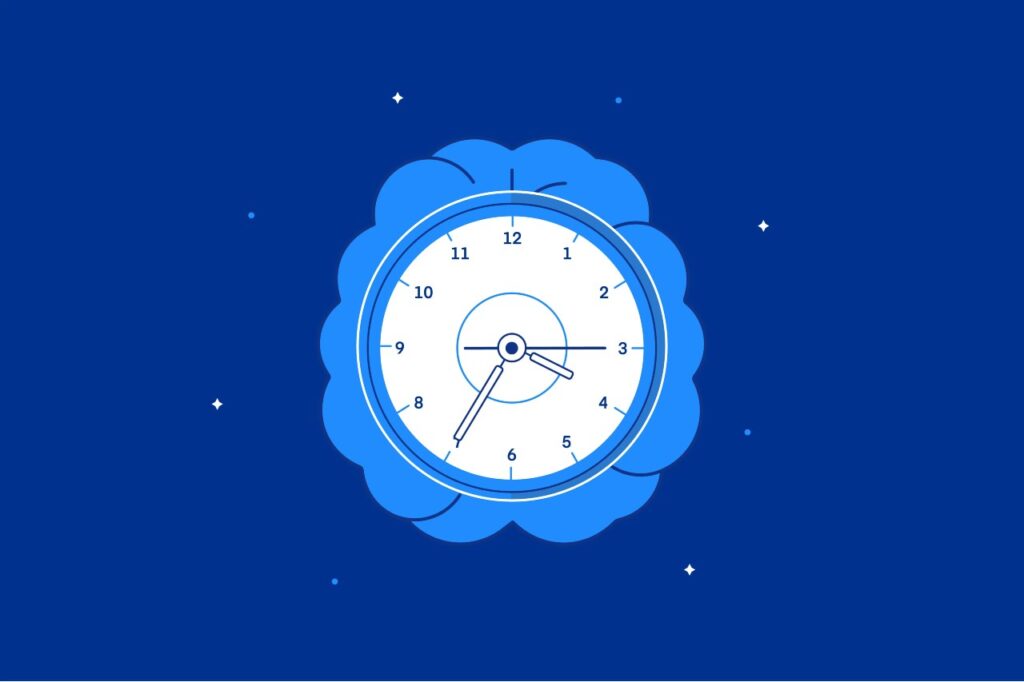 An “early bird” or morning person is typically thought to be someone who wakes up at 6:00 a.m., as expected.  They can be seen going jogging, taking a shower, having breakfast, and are ready to face a productive day by 9:00 a.m.

On the other hand, a “night owl” or evening person has difficulty getting up in the mornings and feels much more productive in the evening hours.

Researchers from the Department of Psychology at the University of Warwick and the University of Tartu discovered a link between the sleep patterns, different personalities and even genetics. Their published paper in the Journal of Personality, is titled, ‘Personality Traits Relate to Chronotype at Both the Phenotypic and Genetic Level.’

The researchers analyzed the relationship between sleep timing (chronotype), preference to the morning/evening, and personality traits at a phenotypic and genetic level.

Ultimately they found that the relationship between personality and morningness-eveningness is partly due to genetic factors.

Research on Sleep Timing and Personalities

According to their study notes, the researchers used a large-scale sample of participants from the Estonian Biobank.  They asked the participants to answer questionnaires about their personality and sleep timings.

Someone who knew the participant well accessed the participants’ personalities. Researchers identified the phenotypic relationships between the sleep and personality from the completed questionnaires.

Moreover, they were also able to calculate the genetic relationship through summary statistics of large genome-wide association studies of personality and sleep preferences.

Professor Anu Realo, from the Department of Psychology at the University of Warwick commented on their findings.

“Not only have we shown there is a relationship between chronotype, personality and partially your genes, our findings also suggest that it might be possible to change your chronotype or at least train yourself into a different more socially convenient sleep pattern by increasing your self-control. Ideally work hours would be adapted to your chronotype, but if not, evening people who typically experience worse health could learn to go to bed at earlier hours which might also accelerate the release of melatonin. Melatonin is also influenced by artificial light, so regularly turning off the lights at earlier hours might also lead to falling asleep at earlier hours of the evening.”

For all intense and purposes, there are three levels of personalities: items, facets, and personality domains.  The researcher of the study analyzed all three of these personality traits.  Particularly, on a domain level, the findings show people high in Conscientiousness and low in Openness had earlier chronotypes.  These people typically went to bed and got out of bed earlier.

On a facet level, researchers found that people who were more likely to have earlier chronotypes were less straightforward — a facet of Agreeableness.  They also found these people were more excitement-seeking…a facet of Extraversion.

Furthermore the participants who displayed earlier chronotypes were more self-disciplined — a facet of Conscientiousness. Higher Conscientiousness and lower Openness were also genetically related to preference for morningness.

Postgraduate researcher Dr Anita Lenneis, from the Department of Psychology at the University of Warwick adds as follows:

Every chronotype has its strengths and weaknesses. Knowing when you’re going to be most productive will help make you more efficient.  Furthermore, it will also help you complete more tasks. It’s also important to know when the best time is for you to take a break and recharge.