Beware! It is Poisonous! 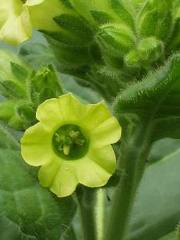 Cigarette smoking kills approximately 440,000 people in the United States on a yearly basis. In addition, more than 12 million people prematurely died from smoking tobacco in a forty year period between 1964 and 2004.

Even with this astounding figure over 25 million people continue to smoke tobacco which increases the likelihood that they will die from smoking-related deaths in the present and near future.

Primary reasons for this intervention, other than saving people’s lives, are the costs incurred, the societal impact, medical, and economic hardships from the dangerous effects of smoking. The estimated health care costs and lose of productivity due to smoking is an astounding $193 billion dollars a year in the United States.

There are a number of strategies and behavioral theories used to implement behavior changes in individuals who presently smoke; however, the main focus in public health concerning tobacco addiction is in prevention.

Tobacco is a Drug

Tobacco is a drug; its use by either smoking, second-hand inhalation, or chewing contributes to elevated rates of mortality and morbidity; it is the number one preventable cause of death in the United States.

It stands to reason why so many people die from smoking and second-hand smoke—there are over 4,000 chemicals found in tobacco smoke.

The nicotine in tobacco is a very effective drug that affects many organs and parts of the human body. For instance, when an individual smokes or chews tobacco, his or her mucosal membranes intake the nicotine, which enters the bloodstream, and eventually enters the brain. The smoker’s heart rate increases, the adrenaline glands excrete abnormal amounts of adrenaline; respiration and blood pressure increase.

Changes to a Smoker’s Mind and Body

These chemical changes in the smoker’s body cause a somewhat euphoric feeling for them. Brain nerve cells transmit increased amounts of dopamine in the brain. The transmission of these nerve signals and dopamine is unnatural for the brain.

In addition, the rewarding feeling one derives from smoking dissipates and the user goes through what is known as “withdrawals” due to the abatement of pleasure. They become irritable, anxious, depressed, and their thinking processes and attention to detail is hampered.

Eventually the smoker feels compelled to smoke or chew more tobacco in order to reiterate the pleasurable and euphoric feeling; they reward themselves the satisfaction they derive from smoking which ultimately feeds the addiction.

Many tobacco users lose control of their behavior and continue smoking though they are profoundly aware of the consequences of their actions.

Health care professionals, educators, and communities are using various types of preventive programs in order to address this dilemma. Not all prevention programs have been effective in reducing the risk factors of tobacco use. However, science-validated programs are currently being used due to the knowledge that has been acquired through research and investigation.

The need to use different strategies is imperative due to the nature of human behavior and individuals as a whole. Ultimately, proponents of public health have found it is much easier to prevent adverse behaviors of groups of individuals as opposed to treating individuals.

Many additional factors need to be considered when creating programs that involve changing the behavior of individuals. In addition, groups of individuals have social norms that affect the decision making of persons within the group.

One’s attitude and behavior to facilitate a change in his or her behavior is not only based on their attitude or belief; people also take into consideration their perception of what others may think of their behavior. The Theory of Planned Behavior is used by many social psychologists and public health professionals to address preventive strategies in motivating people to avoid tobacco use and other drugs that cause preventable diseases.

In addition, other professionals use the Health Belief Model in promoting good health. This preventive techniques and strategy takes into consideration various cognitive components of why people behave the way they do and what motivates them to act.

Another successful prevention promotion technique or strategy is encompassing cognitive behavioral therapy to enhance self-control; however this strategy is predominately used in helping individuals treat an addiction and abstain from relapsing.

Nonetheless, preventing individuals from behaving in ways that are harmful to themselves and others is very complex.

Many factors need to be considered when developing prevention programs to address drug use and abuse.

Knowing and understanding an individual’s genetic makeup, cultural backgrounds, self-efficacy, social norms, and perceived barriers are instrumental in developing a successful prevention program. Much thought, research, and understanding of human behavior is necessary in order to attain the goal of prevention.

An eclectic approach stands an increased chance of success due to the myriad of conditions, thoughts, and reasons of why and how individuals think and behave. Ultimately, the most important prerequisite necessary to enhance change is the desire and willingness to make and/or facilitate the aspired change.