The world’s first, clean meat chicken will reach consumers’ plates in the near future.  A start-up company announced it has successfully produced the world’s first, lab-grown duck and chicken made from cultured animal cells.

This marks another historic step toward the journey to “cultured,” or clean meat. 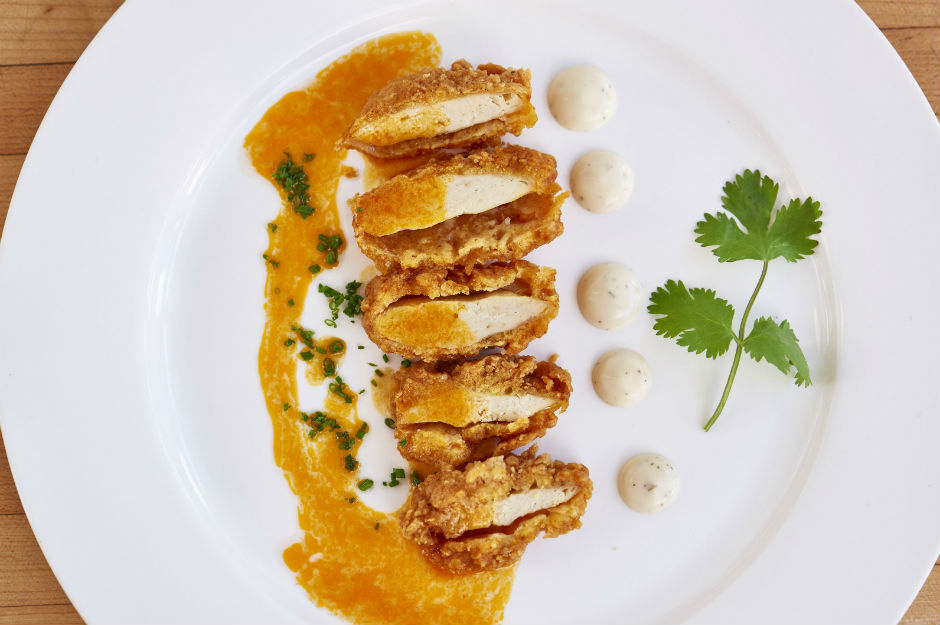 Last week, a panel of taste testers were served samples of deep-fried chicken strips, along with dishes of Duck à l’Orange — both of which were grown from animal cells in a laboratory by Memphis Meats.  Memphis Meats is a start-up company based in San Francisco, California.

The Wall Street Journal reported on the taste testers’ reaction to this historic, clean meat breakthrough.

“Some who sampled the strip — breaded, deep fried and spongier than a whole chicken breast — said it nearly nailed the flavor of the traditional variety.  Their verdict: They would eat it again.”

In a March press release, Uma Valeti, M.D., co-founder and CEO of Memphis Meats, made the following announcement.

“It is thrilling to introduce the first chicken and duck that didn’t require raising animals. This is a historic moment for the clean meat movement.”

The Memphis Meats professionals produce the chicken and duck by harvesting cells from livestock.  The Memphis Meats team, consisting of a biologist, cardiologist, bio-medical engineer, and others, are able to identify cells that are capable of self-renewal.

Later, the cells are cultured in a laboratory and provided nutrients to encourage further growth. Over the course of four to six weeks, the cells multiply — ready to be prepared and consumed.

Memphis Meats is not new to the process of creating clean meat.  In February 2016, the company unveiled the world’s first “clean meatball.”  They were successful in using the same process, but later changed their focus on chicken and duck because of the poultry’s popularity as sources of meat throughout the world.

Close to six billion pounds of duck are consumed in China each year.  And Americans consume about 90 pounds of chicken per year — representing an annual market of $90 billion domestically.

Approximately nine billion chickens are killed for their flesh each year in the United States alone.  According to the animal rights group, People for the Ethical Treatment of Animals (PETA), “more chickens are raised and killed for food than all other land animals combined. The vast majority of these animals spend their lives in total confinement — from the moment they hatch until the day they’re killed.”

Memphis Meats recognizes the importance of creating slaughter-free chicken.  That’s one of the reasons why Memphis Meats initiated their goal to “completely” change the way meat gets to our plates. They’re developing a way to produce real meat from animal cells — without the need to feed, breed, and slaughter actual animals.

Companies like Hormel and Tyson and Hormel have taken notice of this cruelty-free method clean meat production.  PETA notes that Tyson has gone so far as to start a venture capital fund to invest in the new, clean meat frontier.