Why does music seep into our deepest memories, save our lives, and help us grieve?

Some of humanity’s most prolific and greatest minds — like Virginia Woolf, Walt Whitman, Kurt Vonnegut, Friedrich Nietzsche and Aldous Huxley — have pondered the power of music. 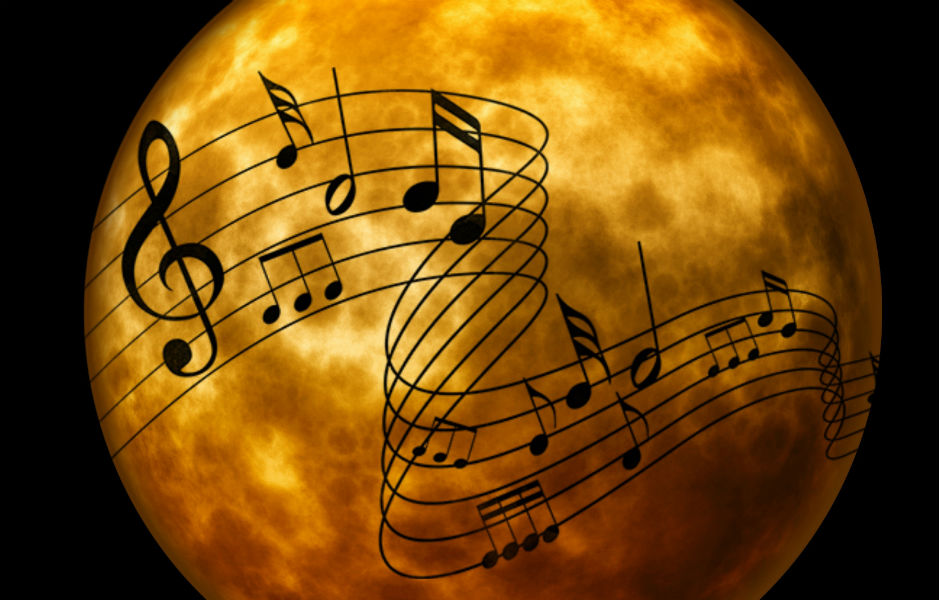 In a speech delivered during intermission at a Bach concert in 1952, later published under the title “Thoughts About Music”, Piper examined our longstanding obsession with identifying the mysterious and indescribable source of music’s fascination, delight, and charm:

“Not only is music one of the most amazing and mysterious phenomena of all the world’s miranda, the things that make us wonder (and, therefore, the formal subject of any philosopher…) [but] music may be nothing but a secret philosophizing of the soul… yet, with the soul entirely oblivious, that philosophy, in fact, is happening here… Beyond that, and above all, music prompts the philosopher’s continued interest because it is by its nature so close to the fundamentals of human existence.”

Josef Pieper considers the question of what we actually perceive when we listen to musical literary works. Certainly, he points out, we identify something greater and beyond the sum total of the explicit words and sounds.

We sense something of added meaning and intimacy; just like in poetry, we “perceive more and something other than the factual, literal meaning of its words.”

Pieper echoes Aldous Huxley’s superb contention that “after silence that which comes nearest to expressing the inexpressible is music.”
Pieper wrote the following:

“Music opens a path into the realm of silence. Music reveals the human soul in stark “nakedness,” as it were, without the customary linguistic draperies.”

In Western philosophy, there is a list of ideas about musical compositions.  Friedrich Wilhelm Nietzsche dramatized his epic regard for musical expressions in the edict that “without music life would be a mistake.”

In addition, Arthur Schopenhauer believed that musical pieces are superior to all other arts for they “speak only of the shadow, but music of the essence.”

Pieper summarizes the landscape of thought:

All of these thoughts and ideas can be summed up in a single formulation, according to Josef Pieper. A decade after philosopher Susanne Langer framed the sounds of melody, harmony, and rhythm as a laboratory for feeling and time, Pieper writes:

“Music articulates the inner dynamism of man’s [and woman’s] existential self, which is music’s “prime matter” (so to speak), and both share a particular characteristic — both move in time.”

Pieper expresses that this element of music’s timing gives us an essential tool with which to shape our personhood:

“Since music articulates the immediacy of man’s [and woman’s] basic existential dynamism in an immediate way, the listener as well is addressed and challenged on that profound level where man’s [and woman’s] self-realization takes place. In this existential depth of the listener, far below the level of expressible judgments, there echoes — in identical immediacy — the same vibration articulated in the audible music.  We now realize why and to what extent music plays a role in man’s [and woman’s] formation and perfection… beyond any conscious efforts toward formation, teaching, or education.”

Pieper wrote about the harsh relevance to our own era of mechanical mass-produced mediocrity of marketed popular music:

“If we now look at our society … we observe how much the most trivial and “light” music, the “happy sound,” has become the most common and pervasive phenomenon. By its sheer banality, this music expresses quite accurately the cheap self-deception that on the inner existential level all is fine… We observe how much attention is demanded by — and willingly given to — the rhythmic beat of a certain crude and orgiastic music… Both kinds of music, the “happy sound” as well as the numbing beat, claim legitimacy as “entertainment,” as means, that is, of satisfying, without success, the boredom and existential void that are caused and increased by each other and that equally have become a common and pervasive phenomenon. We further observe how music … is frequently selected and consumed as a means of personal enchantment, of escapism, of a certain pseudo-deliverance, and as a means to achieve delight that remains merely “skin-deep.”  We observe all this with great alarm, aware that music lays bare man’s inner existential condition, removing veil and façade (and it cannot be otherwise), while this same inner condition receives from music the most discreet impulses, for better or for worse.”

Pieper exclaims that Bach’s work is a supreme example of the kind of musical compositions that enhance our quality or condition of being an individual by inviting us to contemplate our existence:

“We observe and ponder all this and then are moved to rejoice as we become aware again and acknowledge anew that among all the various kinds of music today there still exists, also and especially, the music of Johann Sebastian Bach! Obviously, this implies a challenge to ourselves, a challenge not easily nor “automatically” satisfied. That we are willing to listen attentively to the essential message of this music and that we let this message find an echo, as if on reverberating strings, within the immediacy of our soul is decisive. This will lead to new and rekindled clarity, authenticity, and vigor of our inward existence; to the dissatisfaction with entertaining but hollow achievements; and to a sober and perceptive alertness that is not distracted from the realities of actual life by the promise of easy pleasure proffered in superficial harmonies. Above all, this will guide us to turn with resolve, constancy, courage, and hope toward the one and only Good by whose grace our inner existential yearning finds fulfillment; the one Good praised and exalted particularly in Bach’s music with such ever-present “wordless jubilation.”

The question of why musical expressions have such a profound effect on us remains unanswered.  Perhaps in will remain unanswerable.

Nevertheless, music opens and guides us through a passageway into the dominion of silence.