Last week, the global pharmaceutical corporation, Pfizer Inc., announced they are moving to block governments from using its lethal injection drugs in executions. On Friday, the pharmaceutical giant made it known that the company will make wholesalers certify that they will not resell their drugs to state corrections departments.

The drug giant intends to closely monitor these distributors in an attempt to prevent their products from being used as a lethal injection for the execution of criminals who were found guilty of capital crimes. 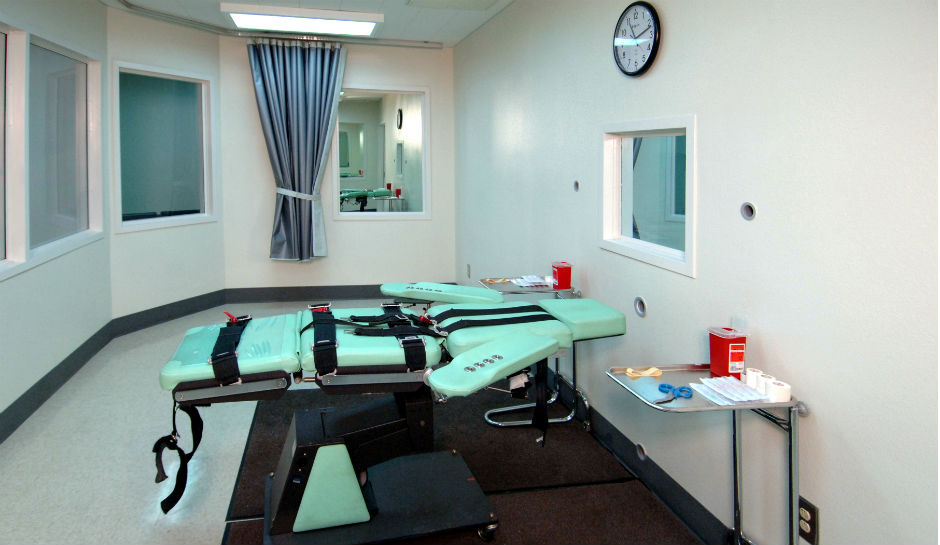 The recent decision from Pfizer — one of the world’s leading pharmaceutical manufacturers — is viewed as a milestone.  For moral or business reasons, more than 20 American and European drug companies have already agreed to bar the sale of their products to correction agencies.

For years, campaigns against the death penalty — as well as Europe’s strong prohibitions on the export of execution drugs — have caused pharmaceutical companies to change their policies. But many, including Pfizer, say medical principles and business concerns have lead their decision to embark on this course of action.

In Friday’s statement, the drug manufacturer proclaimed the following:

“Pfizer makes its products to enhance and save the lives of the patients we serve. Consistent with these values, Pfizer strongly objects to the use of its products as lethal injections for capital punishment.”

Pfizer added that they will restrict the sale of seven products that could be used in executions to selected wholesalers. The distributors will be closely monitored.  They must also certify that they won’t resell the drugs to corrections departments.

Some states have used straw buyers.  They have also tried to import lethal injection drugs from abroad that aren’t approved by the Food and Drug Administration (FDA). Some have clandestinely bought supplies from loosely regulated compounding pharmacies while others — including Arizona, Oklahoma and Ohio — have postponed executions for months or longer because of drug shortages or legal issues tied to injection procedures.

The efforts of corrections officials trying to conceal how the drugs are obtained are challenged by the lawyers of condemned inmates.  They go on record saying this makes it impossible to know if quality standards are met, which might cause undue suffering.

The New York Times reports, Ty Alper, associate director of the death penalty clinic at the University of California, Berkeley, School of Law, saying, “States are shrouding in secrecy aspects of what should be the most transparent government activity.”

For example, before Missouri put a prisoner to death it refused to say in court whether the lethal barbiturate it used, phenobarbital was produced by a compounding pharmacy or a licensed manufacturer. Akorn, the only approved company making that drug, has tried to prevent its use in executions.

Less than ten years ago lethal injections were considered a simple, humane way to put a condemned prisoner to death. Practically all executions were carried out by using the same three-drug combination.

Wood’s lengthened execution mirrored two others earlier that year.  Clayton Lockett died of a heart attack 43 minutes after Oklahoma began his execution. And, Dennis McGuire gasped for breaths for nearly a half hour when he was executed in Ohio earlier that year.

Most people have an intense fear of death.  The fear of being put to death is supposed to help deter people from executing capital offenses, such as treason, espionage, death resulting from aircraft hijacking, murder, and genocide.  However, there are strong convictions on both sides of the death penalty controversy, to say the least.

Conversely, abolitionists on the other side of this ongoing controversy argue that the death penalty is cruel and inhumane — a morally unacceptable practice.  They say the “demand for justice” is a mask for a barbarous vengeance.  A more humane punishment serves equally well.

They exclaim that the death penalty serves no purpose — a more humane punishment is better.  They may say, “How long must we indulge the uncivilized and pointless lust for revenge?”

The question arises whether life imprisonment is a more substantial deterrent than the death penalty.  Facts and figures may hold the answer to this ongoing, controversial debate.

It’s impossible to guarantee mistakes will not be made in administering punishment.  Capital punishment — whether it be by a gas chamber, hanging, electric chair, firing squad or lethal injection — is irrevocable.

Photo courtesy of CACorrections via Wikimedia | Cropped and Resized | CC-BY-SA-2.0