Foods dogs should never eat are a growing concern for pet owners and veterinarians.  Although, some foods we eat are okay for our pets — at all costs, dogs should avoid other types of food we consume.

Some foods can make a canine sick — while other food products can be deadly to animals like a dog.

The following is a list of human foods dogs should never eat.  What to avoid and what to do in case of an emergency is provided, as well. 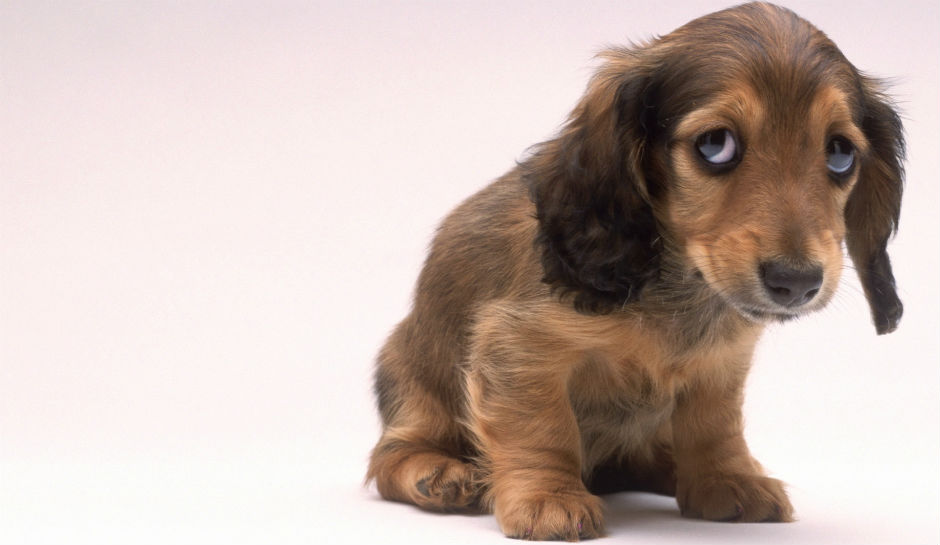 The following poster outlines some of the most dangerous human foods for dogs.  It includes mushrooms, avocados, and walnuts.

The poster does not contain information about how much of each food is toxic to a dog because it can differ from animal to animal.

Dr. Jessica Vogelsang, one of the most widely read veterinarians on the Internet, offers the following comment about toxin exposure and foods dogs should never eat.

“Toxicity is not always linear.  Sometimes a dog eats a bag of grapes and is fine and other times a dog eats one bite of pork fried rice and dies of pancreatitis. Sometimes only portions of a fruit are toxic and other parts are fine. Sometimes there are at least three variables that must be calculated before you know if a food was ingested at a toxic amount.”

Here are the world’s most dangerous foods for dogs 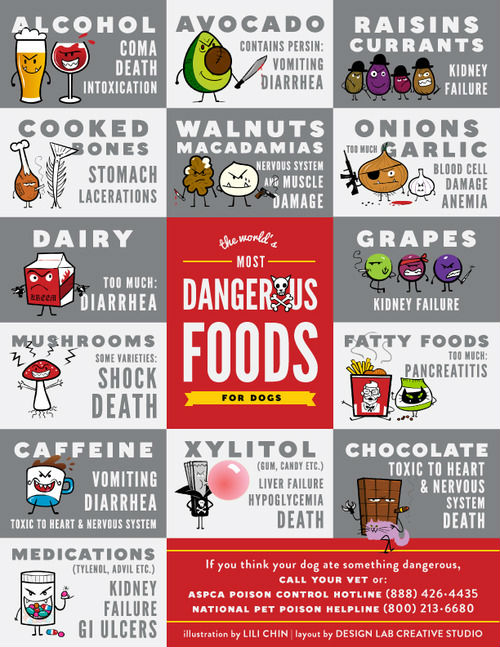 A dog may exhibit any of the following symptoms if they’ve eaten something toxic:

See your veterinarian immediately if you suspect your dog or cat has ingested something toxic.  In the event of an emergency, call the American Society for the Prevention of Cruelty to Animals (ASPCA) Animal Poison Control’s number. The phone-line is open 24 hours a day, 365 days a year.  The number is 1-888-426-4435.