Pesticide Residues in Vegetables and Fruits Are a Global Concern

Pesticide residues in vegetables and fruits are a global concern.  They’re among the leading cause of self-poisoning — especially in low and middle-income countries.

There are more than 1,000 pesticides used around the world to make sure food is not destroyed or damaged by pests. 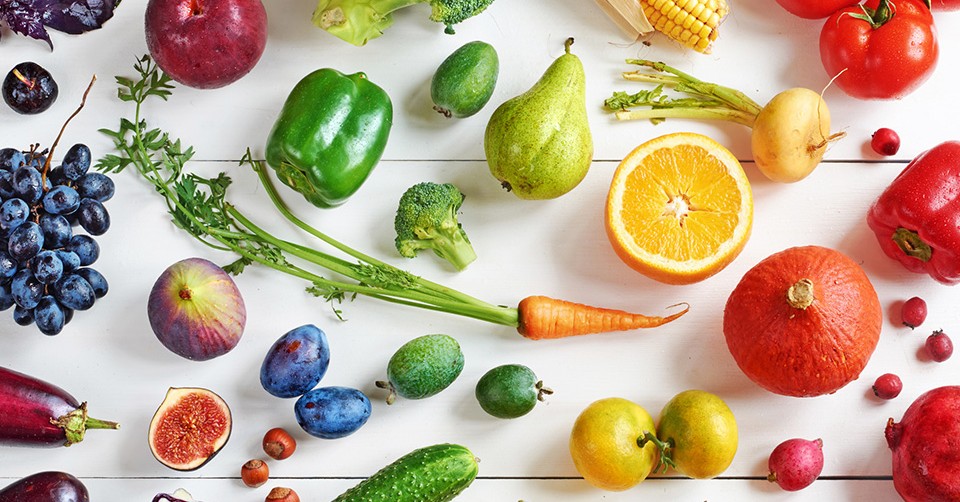 Pesticide Residues in Vegetables and Fruits

As they are essentially spread in the environment and toxic, the production, distribution, and use of pesticides requires stringent control and regulation.

This month, the Environmental Working Group (EWG), an American nonprofit advocacy group that specializes in research and advocacy in the areas of toxic chemicals, agricultural subsidies, corporate accountability and drinking water pollutants, published their annual “Dirty Dozen” list of pesticide residues in vegetables and fruits.  They also provided a “Clean Fifteen” list of vegetables and fruits that are safer to consume.

This year, strawberries are once again at the top of Dirty Dozen™ list.  Strawberries take first place for pesticide residues in vegetables and fruits.

In fact, according to the test results performed by EWG, ninety-nine percent of strawberries have pesticide residues, and up to 22 different pesticides were found on a single strawberry.

Raisins are a processed food, so they didn’t qualify for the Dirty Dozen.  However, if they did, they would definitely be on top of the list. EWB reports that ninety-nine percent of conventional raisins tested positive for at least two pesticides, including some that can harm kids’ developing brains.

Hormone-Disrupting Fungicides on Most Citrus Fruit

In January and July 2020, EWG scientists bought and peeled 25 samples of conventionally grown oranges, lemons, grapefruit, and mandarins. The edible portion of the fruit was tested for pesticide residues by an independent laboratory accredited by the state of California.

Close to 70 percent of the non-organic fresh produce sold in the U.S. contains pesticide residues, according to EWG’s analysis of the latest test data from the U.S. Department of Agriculture.

Tests commissioned by EWG determined two hormone-disrupting fungicides imazalil and thiabendazole, one of which is also a likely carcinogen, were detected on nearly 90 percent of non-organic citrus fruit samples.  More than half of the samples contained both fungicides.

The EWG tests found the highest levels of imazalil and thiabendazole on mandarins, including clementines, followed by oranges and then grapefruit.

On the other hand, organic samples, one grapefruit and two oranges didn’t have detectable levels of fungicides. Fungicides on citrus are applied after harvesting to prevent rotting and prolong shelf life.

The average concentration of imazalil found in all fruits tested was close to 20 times the amount EWG scientists recommend as a limit to protect children against an increased risk of cancer. With regards to thiabendazole, more research is required in order to determine a safe limit for children.

Pesticide residues in vegetables and fruits disrupt the body’s hormones, or endocrine system, which regulates metabolism, growth and development, and other important functions. Pesticides can also harm the reproductive system.

Top Twelve List of Pesticide Residues in Vegetables and Fruits

The following is EWG’s top twelve list of pesticides in vegetables and fruits:

According to EWG test results, more than 90 percent of non-organic citrus fruits contain fungicides linked to cancer and hormone disruption.

The United Nations Population Division estimates that, by the year 2050, there will be 9.7 billion people on our planet. Nearly all of this population growth will occur in developing countries.

The Food and Agriculture Organization of the United Nations (FAO) estimates that, in developing countries, 80 percent of the required enlargement in food production must somehow keep pace with population growth.

Pesticides help in preventing large crop losses.  Therefore, pesticides will continue to be an important element in agriculture. However, a growing and enduring concern is the effects on humans and the environment of exposure to pesticide residues in vegetables and fruits.

The use of pesticides to produce food…both for export and to feed local populations…should act in accordance with with good agricultural practices despite the economic status of a country. Farmers should find ways to limit the amount of pesticide used in order to protect their crops.

Under certain conditions, it’s also possible to produce food without the use of pesticides.

The following is a list of EWG’s Clean Fifteen vegetables and fruits:

Nobody should be exposed to unsafe amounts of pesticide.  People spreading pesticide in gardens, in homes, or crops should be sufficiently protected. People who are not involved in the spread of pesticides should stay away from the area during and immediately after a spread.

Furthermore, food that’s sold or donated should conform to pesticide regulations — particularly with maximum residue limits. When using pesticides, people who grow their own food should follow instructions for use and protect themselves by wearing gloves and face masks.

In addition, consumers can further limit their intake of pesticide residues in vegetables and fruits by peeling or washing them…which also reduces other foodborne hazards, such as harmful bacteria.