Is the Goldilocks Planet Just Right? 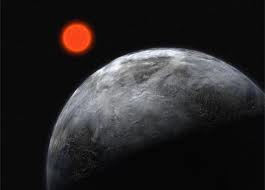 Earth is called “The Goldilocks Planet” based on the fairy tale, “Goldilocks and the Three Bears.”

The tale is about a little girl who chooses from a set of three items–she ignores the porridge that is too hot, or too cold.

She settles for the one that is “just right.”

Planet Earth is similar to this fairy tale in it’s physically relationship to the Sun; it’s neither too close, nor too far from the Sun to sustain life.

However, about two hundred years ago human beings started to burn fossil fuels; we removed coal and oil from the ground; we started using it to warm our homes and buildings.  We made steam, refined metals, ran machines to make products and goods, produced electricity, and move ourselves around planet earth.

The results of our efforts have increased carbon dioxide and smother gases which have trapped infrared radiation close to our planet’s surface.

Nine of the ten hottest years on record have been between the years 1990 and 2007. Additionally, 2010 ties the warmest year on record which was 2005.  The temperature keeps rising!

Extinction rates are also rising.  Biologists say we are in a midst of a “mass extinction.”  We are demanding goods and services which affect our climate in a negative way—we have become a force of nature.

Commercial fishing nets are up to 60 miles long.  Large scale agriculture demands a lot of water.

The country that contributes the most global warming pollution and greenhouse gas is the United States.

In an attempt to promote positive changes to our environment, the Intergovernmental Panel on Climate Change (IPCC) is the source of “unbiased” scientific information on climate change—the information they provide is invaluable.

The IPCC predicts the following concerning fresh water on our planet:

Choices You Can Make

How can you help to reduce the amount of carbon dioxide and greenhouse gases from polluting our atmosphere?

Please note: any average item you purchase at the grocery store has traveled 1,500 miles which definitely affects the amount of carbon in our atmosphere. If you can purchase from local vendors you will greatly reduce the miles that your food travels, as well as your ecological footprint.

Another point worth noting is that there is enough wind power that blows through the mid-western United States everyday to supply 100% of the electricity demand in the U.S.

In addition, enough solar energy falls on the Earth’s surface every forty minutes to supply the “world’s” need for electricity for an entire year.

What Can You Do to Make a Difference?

Support expanding renewable energy and reduce our support on coal.

Being aware is one thing—taking action is another.

Take a small step and make a choice as to what you will commit to do in your daily life to reduce your carbon footprint.