Evidence of an overwhelming changing climate 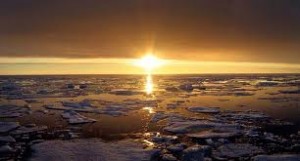 There is strong evidence of an overwhelming changing climate.  Storms are becoming more damaging and much stronger.

Hurricane frequency, extreme rainfall, snowfall, and other events suggest that more vigorous atmospheric circulation and ocean warming are having a profound effect on the weather.

One of the United States’ most respected and largest scientific organizations, the American Geophysical Union, (AGU) stated, 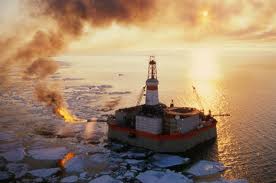 The Arctic sea ice is now half as thick as it was 30 years ago.  Seals, Arctic foxes, and polar bears are on the verge of extinction.

Close to 90 % of the Antarctic Peninsula glaciers and Greenland’s ice are melting rapidly.

Due to overwhelming climate change, sea levels have also risen 6-8 inches in the past century.  The worlds oceans could rise close to a couple of hundred feet (60-80 meters) if all of Antarctica were to melt.

Droughts have become more widespread and frequent due to our changing climate.  For example, in Africa since 1970, droughts have increased close to 30%.  Warmer temperatures have evaporated available moisture and are drying up marginal farmlands.

Additional effects of overwhelming climate change show that glaciers and Arctic sea ice are rapidly melting.  The loss of Arctic ice allows oil drillers and fishing industries access to this pristine environment and they are making a mad dash to the Arctic to drill for oil and unsustainable industrial fishing.

More Reasons Why We Want to Save the Arctic

Many of us want to save the Arctic from companies destroying this unspoiled and essential area.

There are over seven billion people on this planet that rely on the sun’s rays reflecting on the Arctic.  Weather patterns are shaped by the Arctic and contribute to our health by providing the necessary climate to grow food and prosper in healthy climates.

Currently, no country owns the Arctic; however, companies and countries are working at cutting it up in unsustainable ways.

The Arctic ice we all depend on is rapidly, disappearing.

For the first time since humans walked the Earth, it could be ice free very soon.

The loss of Arctic ice and consequences of oil drilling and unsustainable industrial fishing would be devastating for the indigenous people, polar bears, narwhals, walruses and other species living in this region — and for the rest of us, as well.

Greenpeace and other non-profit, non-governmental organizations are at the forefront and want us to join them to Save the Arctic.

Please view this most recent and short (1 minute, 36 seconds) video

It doesn’t take much effort on our part to sign a petition to show our concern and hopes in saving wildlife from extinction, reducing our carbon footprint, and live more sustainably.

After all, we are just borrowing life sustaining miracles from planet Earth.  Joining us in our attempt to Save the Arctic is a fine and just effort and commitment to sustain life.

The melting ice in the Arctic is threatened from conflict, industrial fishing and oil drilling.

You have it in your power to help us Save The Arctic.

Our lives depend on the health of the Arctic, but governments and companies want to drill for oil in the rapidly melting waters.  We need to protect the Arctic waters from industrial fishing and oil drilling.

What are your thoughts?  We want to hear from you.  Share your opinion by posting a comment, below.