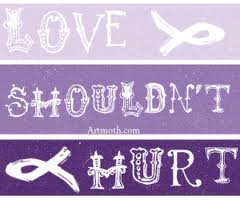 Domestic violence victims are being stalked, receiving threats, and harassment from abusers who exploit technology as a tool.

Stalking and victimization reports indicate that stalkers are using technology as part of their stalking strategy.

It is unclear how many stalkers are out there; however the National Network to End Domestic Violence (NNEDV) receives calls from victims daily.

For instance, the NNEDV reports on September 15, 2010 three men committed suicide; one after he murdered his wife, another after a failed attempt to kill his girlfriend, and the third one after a police standoff while holding his partner hostage.

On that same day, three women were murdered by their partner, 36 babies were born to mothers living in shelters, and 391 survivors working with local domestic violence programs started new jobs.

In addition, 70,648 children and adults in the United States found safety and support from local programs and shelters.

Victims usually search for support after violent or threatening acts of abuse or when the daily violence has reached a point where they feel their lives, and their children’s lives are in danger.

This is a critical time for the victim and domestic violence service providers make available the support and safety the victims need.  Survivors who are attempting to escape from abuse and start new lives require basic necessities, such as, shelter, childcare, legal assistance, money, and transportation.

Local shelters assist these unfortunate victims and provide the support they need to get on with their lives.

Domestic violence, stalking, and sexual abuse have been around for thousands of years. Presently, it is increasingly unique how stalkers use technology to support their behavior.

If you think someone is monitoring you and your activities, it’s best to trust your intuition.  If you believe you’re under surveillance, chances are you are.

If you suspect there is a monitoring device on your car or spyware on your computer don’t take it into your own hands to locate it.  It’s best that you contact someone who is trained about safety and obtaining evidence.

If, by chance, you do find a monitoring device on your phone, car, or computer, and you remove it, you might destroy essential evidence that law enforcement personnel and prosecutors may need.

Get the support you need!